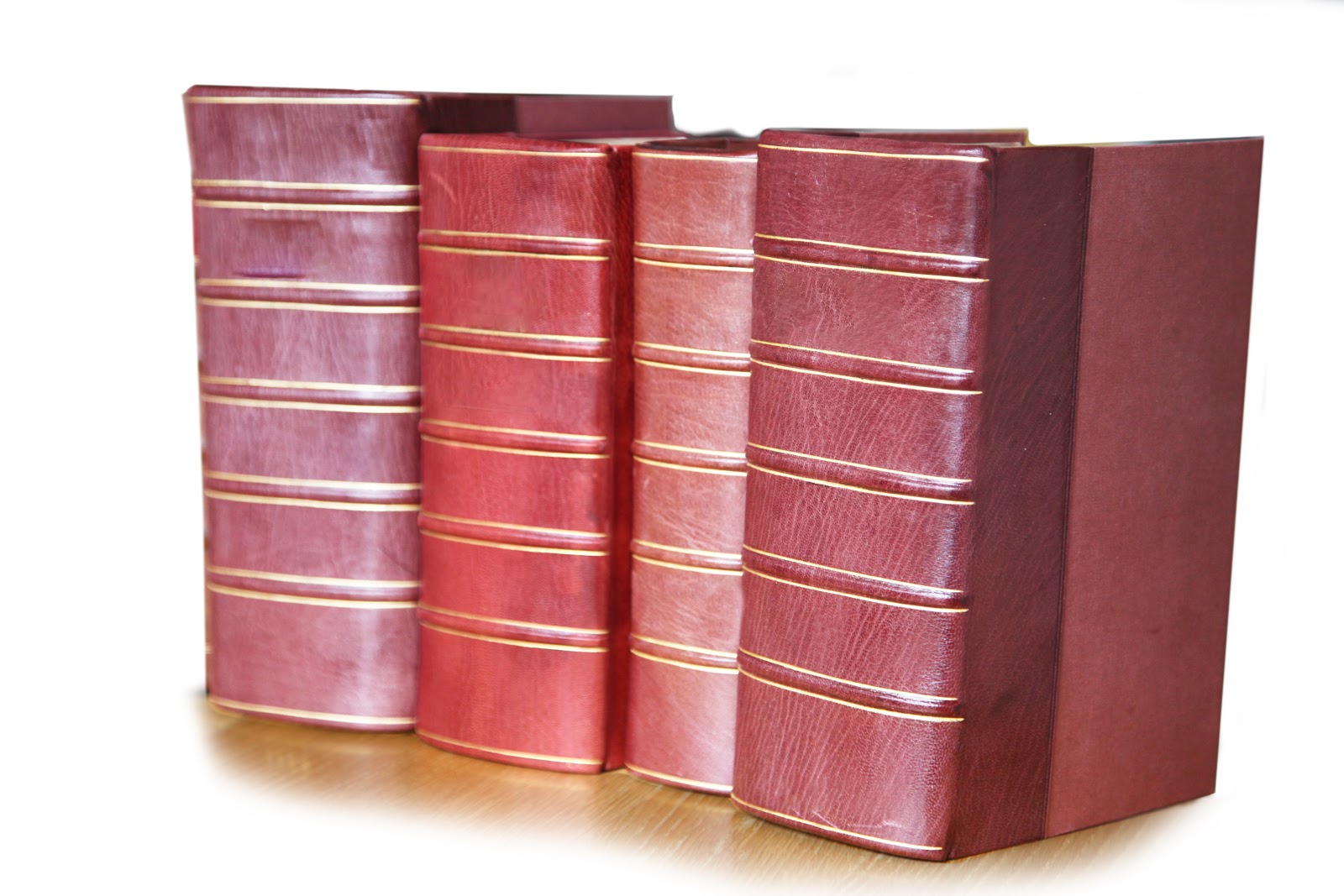 The records can be used to discover more about an ancestor’s achievements and are fantastic for identifying where next to apply your research. Who’s Who records will confirm birth dates and sometimes the place of birth. Often they give a father’s name and occupation and a great deal more useful information that may help to build a better family history.

You can read TheGenealogist’s article: Who, What, Where, When? - Discovering Who's Who at:

The records included in this release are:

Cox's County Who's Who Series. Norfolk, Suffolk, and Cambridgeshire, 1912

Cricket Who's Who, The Cricket Blue Book 1911

Who's Who and Industrial Directory of the Irish Free State 1935

Who's Who and Record Quarterly 1934 July-September

I was looking around the Internet for an interesting article to add to this post when I came across this piece from 2015. It was first published at the time of a BBC TV programme Banished . While it was a ficticious drama by Jimmy McGovern, it turns out that some of the characters were based on real people that can be found in the records of people transported! This includes James Freeman the convict that, as "Finisher of the Law", had the dreadful task of executing his fellow prisoners who had stepped out of line in the penal colony. His task each time was to hang or be hanged himself.

See some of the fascinating records for James Freeman that were found here:

Why can’t I find my ancestor in the BMD records?

There maybe times when we hit the brick wall of an ancestor who doesn’t seem to appear in the official births, marriages and death records held by the General Register Office (GRO). We need to be aware that many of the records that we are accessing, and trying to use today, were created when our ancestors had to engage with an official and spoke their names for that person to write it down. Whether it was the vicar, at the time of baptism, marriage or burial; the registrar for their area for BMDs, or indeed the census enumerator, we have to allow for the fact that the office holder will spell our forebears’ name as they heard it being spoken.

Some of the commercial websites we use for looking up our ancestors' BMDs offer a way of allowing variations of the surname to be done. Some of these, however, may not be as helpful as they could be. For example, when looking for a person named Johns and the suggested return is Johnson. These names would not normally be mistaken in speech and so what is really needed is a search that returns variations that are refined to represent the vocal sounds of a name. This is why we need to use a site where the search defaults to give you a phonetic filter as standard and so will return names that sound alike in order to get you past the vocal origin of so many of our records.

Searching for a surname that could be spelt in many ways

Just consider, for a moment, an ancestor with a broad accent who has just come to register their child. To the registrar the surname of the father sounds like Sissel, or perhaps it is Sissil, or was it Sissell or even Sisel? To add to the problem the family themselves are not able to tell the registrar how their family name is spelt as, like so many of our ancestors, they were not able to read and write and they sign documents with a cross or some other sign as their mark. Using a website that utilises phonetic search as the default filter will help us move forward.

A search for this name employing TheGenealogist will see a number of variations of this difficult name returned. These range from Sissel to Sicel, as well as many close sounding alternatives inbetween. 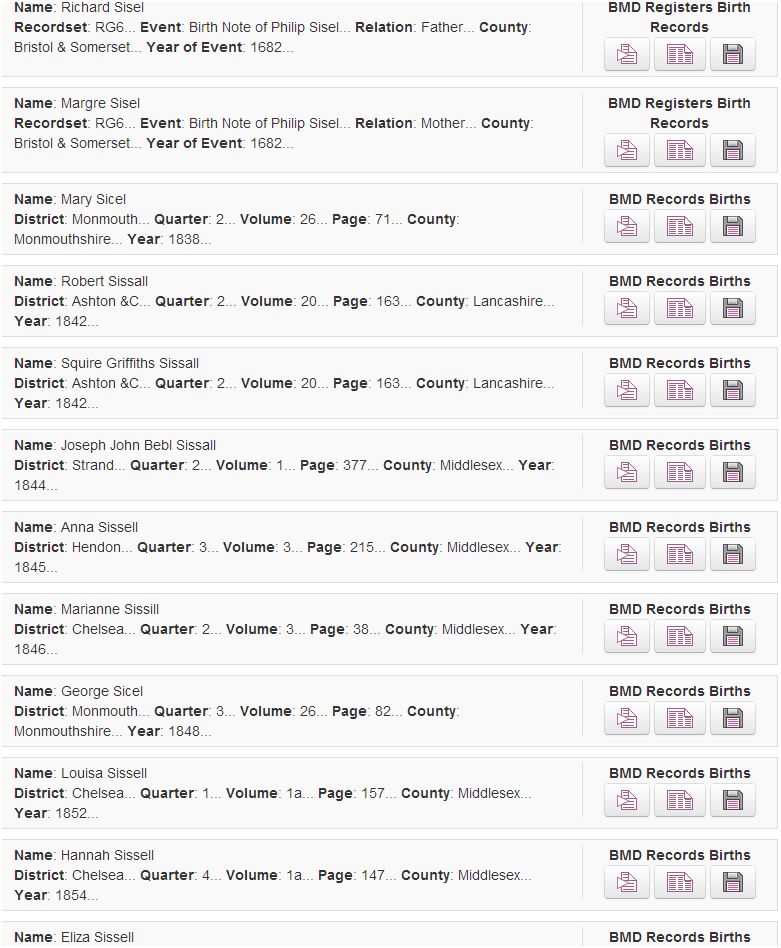 The missing microfilmed pages of the GRO Index

Another pitfall, that can cause us not to be able to find a person in births, marriages and death records, is as a result of them falling into those missing pages that were left out when the General Register Office originally licensed their records of BMDs. It was discovered then that, when the books were microfilmed, that some pages were passed over by mistake in the process. TheGenealogist were quick to spot this and sent a team up to the now closed Family Record Centre to copy the missing data so that these records will be included when we do a search on this particular website.

Brits overseas or born at sea

There is yet another great reason to consider doing your search on TheGenealogist and that is that it includes a number of our ancestors who were born, married or died overseas, or onboard a ship. These records will not be included in the standard civil registration births, marriages and deaths, but are to be found in either the GRO overseas records, or The National Archives overseas BMDs. (Both of which are included on TheGenealogist).

The National Archives' Non-Parochial Records (RG32, RG33, RG34 & RG35) cover such entries as those in non-statutory records from abroad, or on British ships. The copies of these may have been kept by the incumbents of English churches and missions abroad and do not appear in the regular BMD records. To easily access them we are able to use the Master Search on TheGenealogist.

The GRO’s Overseas BMD Indexes are also available under 'Birth Marriage and Death Indexes' on TheGenealogist and cover the births, marriages and deaths of British subjects that were recorded at a British Consulate or High Commission and those of British Service Personnel throughout the world. If our ancestor died at sea, on board a British ship, then TheGenealogist will allow us to research over 210,000 records in the Overseas Marine Deaths records on the site.

If we were to look for Albert South, who died in 1915, then he can be located in the Overseas - Marine Deaths in the Military Records. We can see that his death was recorded on H.M.S. Lightning.

One click and we can see an image of the GRO indexes.

We can also look for someone who died in the armed forces in one or other of the World War I and World War II Death Indexes which are on TheGenealogist. These resources provide us with an official GRO index reference which would allow us to then obtain an Overseas Death certificate at www.gro.gov.uk in the usual way.