The Genealogist has added over 60,000 rail workers to its online indexes of Railway Employment Records. Taken from Railway Company Staff magazines these records are useful to family historians with railway employee ancestors, wanting to find important occupation related dates and add some social history to their family tree. These records include such details as staff changes, promotions, pension records, retirements and obituaries. Often additional personal information is revealed in the magazines. In some cases you can read about gifts from co-workers given when rail staff leave. 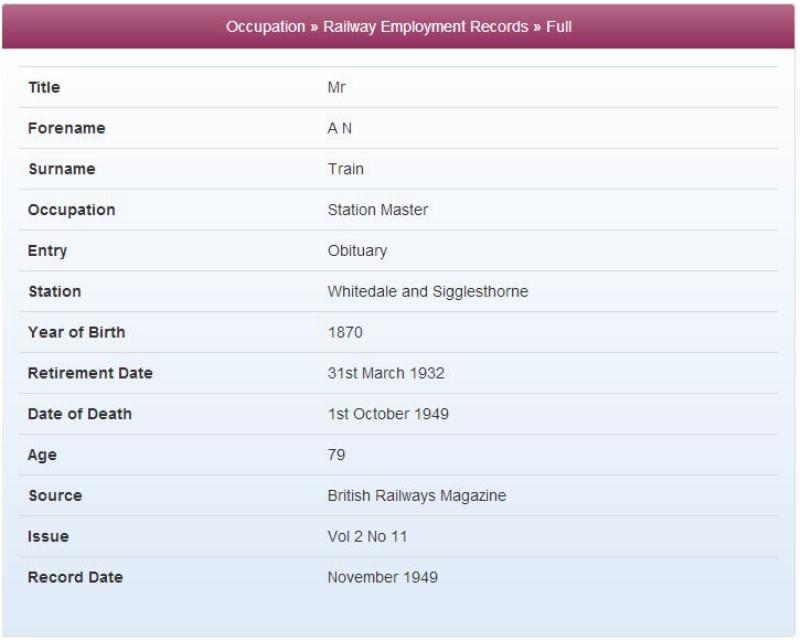 For example, we can discover that Mr A.N.Train had been a Station Master at Whitdale and Sigglesthorne, stations that today are converted into private houses sitting as they do on lines closed under Beeching’s cuts in the 1960s. The railwayman’s details have been extracted from his obituary in the British Railways Magazine of November 1949 Vol 2 No 11. We can learn such useful details as his retirement date, as well as the date that Mr Train passed away at the age of 79.

One click takes us to an image of the original page on which the record is based. 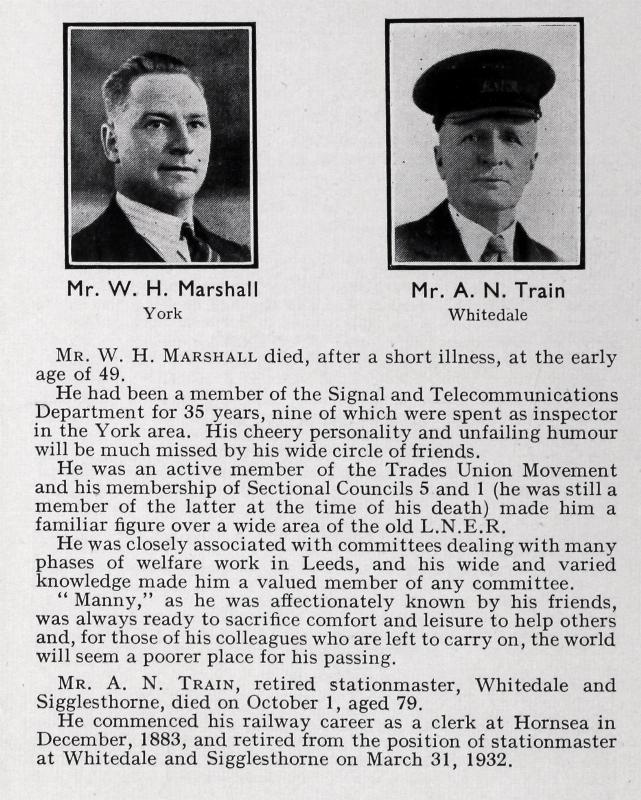 There is also a great article on their website where you can also do a search for your railway ancestors:

03rd July, 2013 Handy Tips, Latest News, Railway Workers Rail Genealogy Records , Railway Records , Victorian Railways
Following the addition of the 'Cornwall Railway Worker' records, TheGenealogist has announced a further addition of more railway workers from other companies in England and Wales, bringing the total to nearly 1.5 million workers from one of Britain's biggest boom industries in the 1800s. With details on their job roles, it's a useful insight into how our ancestors lived and worked. The new records encompass all levels of railway worker from train driver, guard, signaller, office staff to labourers to station controllers, literally anyone involved in the functioning of the railway. The records are all fully searchable and are a unique new resource. There's more details at TheGenealogist
Leave a comment