The Nineteenth Century through the reigning monarch's eyes

For those of us researching our ancestors the finding of a diary written by an ancestor would indeed be a red-letter-day.

For those of us researching our ancestors the finding of a diary written by an ancestor would indeed be a red-letter-day.

Not many of us are lucky enough to have access to such a resource. But in its absence we can read contemporary newspapers and magazines to get an understanding for the social influences on their world and what was happening around them.

Also of interest, to those researching the Victorian period, will be the journals written by the reigning monarch as they provide seven decades of royal history. Queen Victoria's Journals have been made available online in a partnership between ProQuest, the Royal Archives and the Bodleian Libraries. The result are high-resolution, colour images of every surviving volume of Queen Victoria's journals from her first entry in 1832 to close to her death in 1901.

Tracing the Victorian period through the eye's of the Queen this resource reflects the changes taking place in the nineteenth century as seen by Victoria herself.

This week TheGenealogist has expanded its growing headstone and war memorial record collections with some interesting new additions to both. The headstone records cover 53 new cemeteries and the various war memorials are from Australia, Britain, Canada and the USA.

The International Headstone collection is an ongoing project where every stone photographed or transcribed earns volunteers credits, which they can spend on subscriptions at TheGenealogist.co.uk or products from GenealogySupplies.com. If you would like to join, you can find out more about the scheme at: https://ukindexer.co.uk/headstone/

The headstone for the Earl of Avon, Anthony Eden, is included in this release. This politician served three periods as British Foreign Secretary and then succeeded Winston Churchill as Prime Minister from 1955 to 1957. He is laid to rest at Alvediston in Wiltshire. 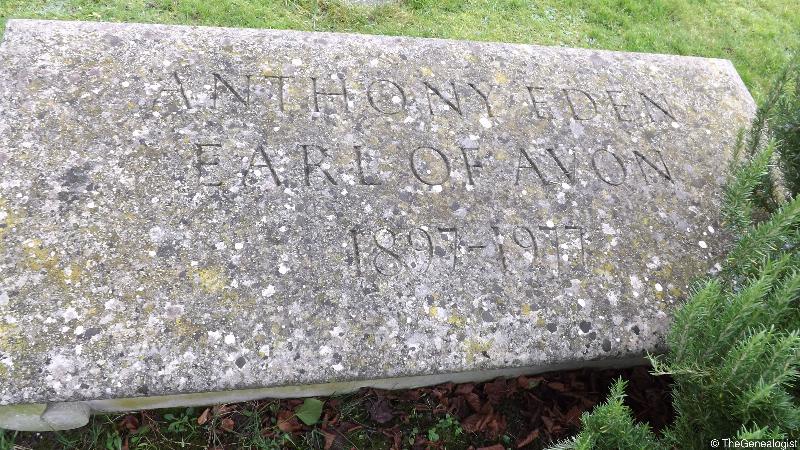 Also published online this week are an additional 64,920 War Memorial records which include a complete roll of honour for both WW1 and WW2 for Shetland, with men's units and the Shetland village in which they had resided. There are other war memorials in this release that cover the country including the Abercarn Tinplaters Memorial Institute in Wales. There are plaques and monuments in Bedford, Bolton, Lancashire, London, Merseyside, Greater Manchester, Warwickshire and even further afield in Canada, Western Australia and the USA. One of the Canadian memorials is a fascinating, but sadly very worn, WW2 memorial from Calgary in Canada that names 227 aircrew from Australia and New Zealand who died while training in Calgary, revealing just how dangerous WW2 aviation was. From the USA TheGenealogist has uploaded some WW1 and WW2 war memorials from New York, including a fine one in Battery Park. This is a roll of those men and women who lost their lives in the Atlantic coastal waters in WW2 and had no known grave as a result of U-boat action. The war memorial gives researchers the ranks, units and the US state from which they had come, and the shockingly large number of Americans included is a salutary lesson when in Britain we are often only aware of our own countrymen/women who died at sea from enemy action against the convoys.

Lastly there are a number of Boer War memorials - for example the tribute within Blackpool Town Hall that commemorates the 74 Blackpool men who volunteered to join various units for service in South Africa.

These new records are all available as part of the Diamond Subscription at TheGenealogist.

To find out more about the UKIndexer volunteer project, you can read the following article: