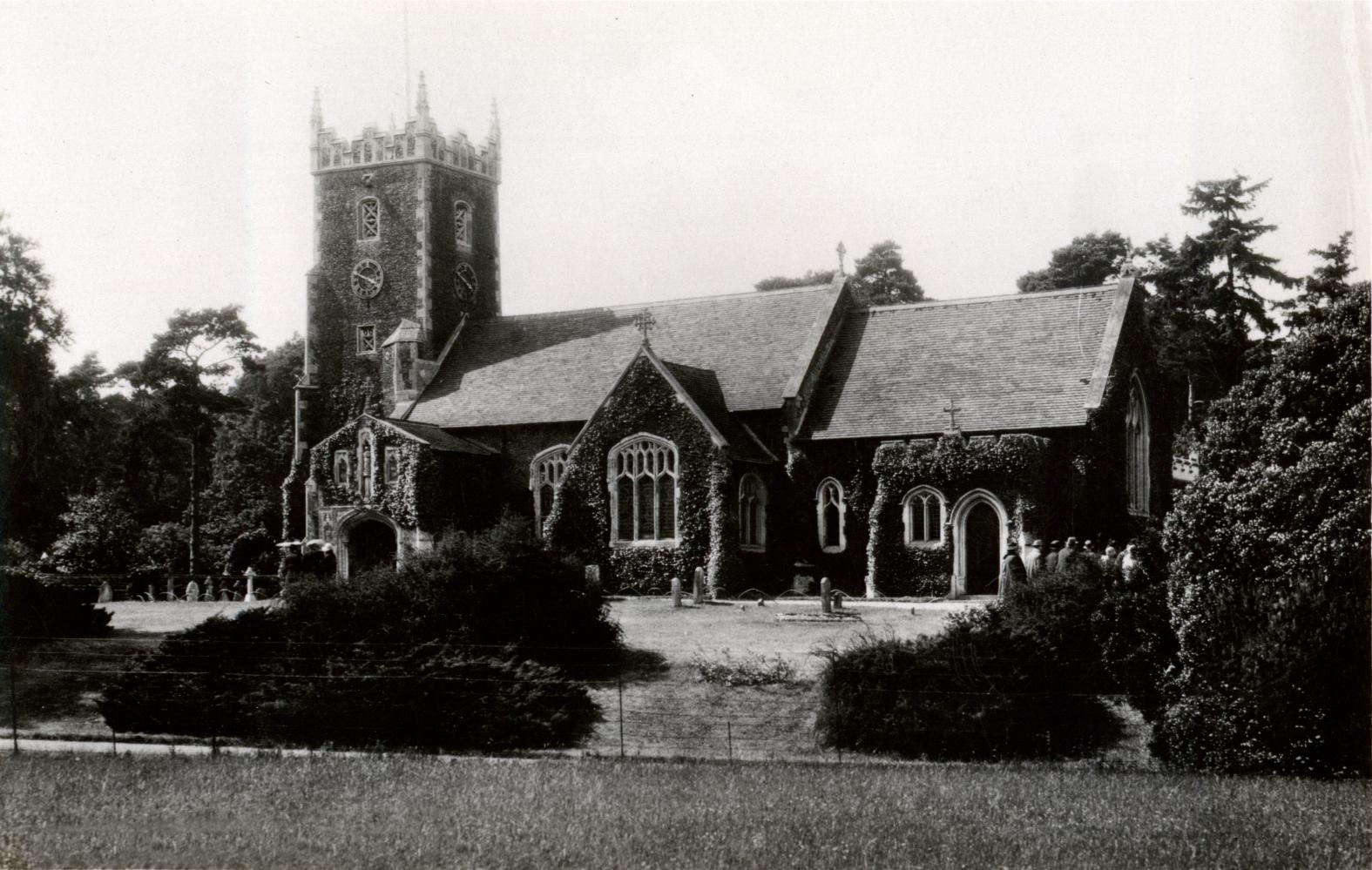 These records, which are released in association with the Norfolk Record Office, are fully searchable and transcribed while also being linked to high quality images making them an extremely valuable resource for researchers of this eastern part of England.

This latest addition brings the total number of individuals in the parish records for Norfolk on TheGenealogist to over 12 million. These new parish records are available as part of the Diamond Subscription at TheGenealogist and allows family historians to find the names of forebears, their parents’ forenames, the father’s occupation (where noted), and the parish that the event had taken place within. Parish records can cover from the mid 16th century up to much more recent times, as TheGenealogist’s latest feature article discovers when it finds Royals sandwiched on the Parish Register page between Carpenters and Production Operatives.

The Map Explorer™ now also allows researchers to search for Domesday book entries from the period twenty years after the Norman Conquest. Pins on the map indicate where a record exists in 1086 and links to records that show holdings before and after the conquest. Discover the name of the Overlord, Tenant in Chief and Lord of areas across England. Find out the numbers of villagers – and even slaves that were the lord’s property – for places at the time of William the Conqueror’s rule. Researchers can click the link to read the transcripts of the records that give details of the land, see who held it in 1066 and then in 1086, as well as see images of the actual pages from the 1086 Domesday Book. 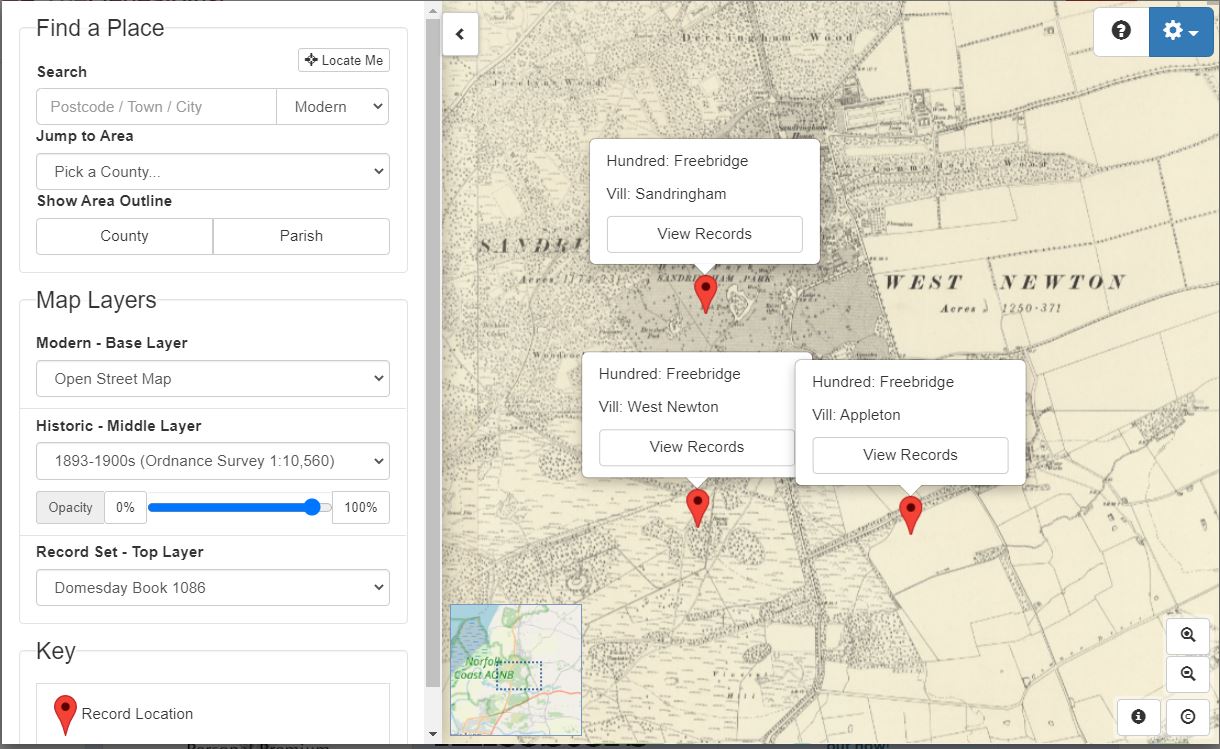 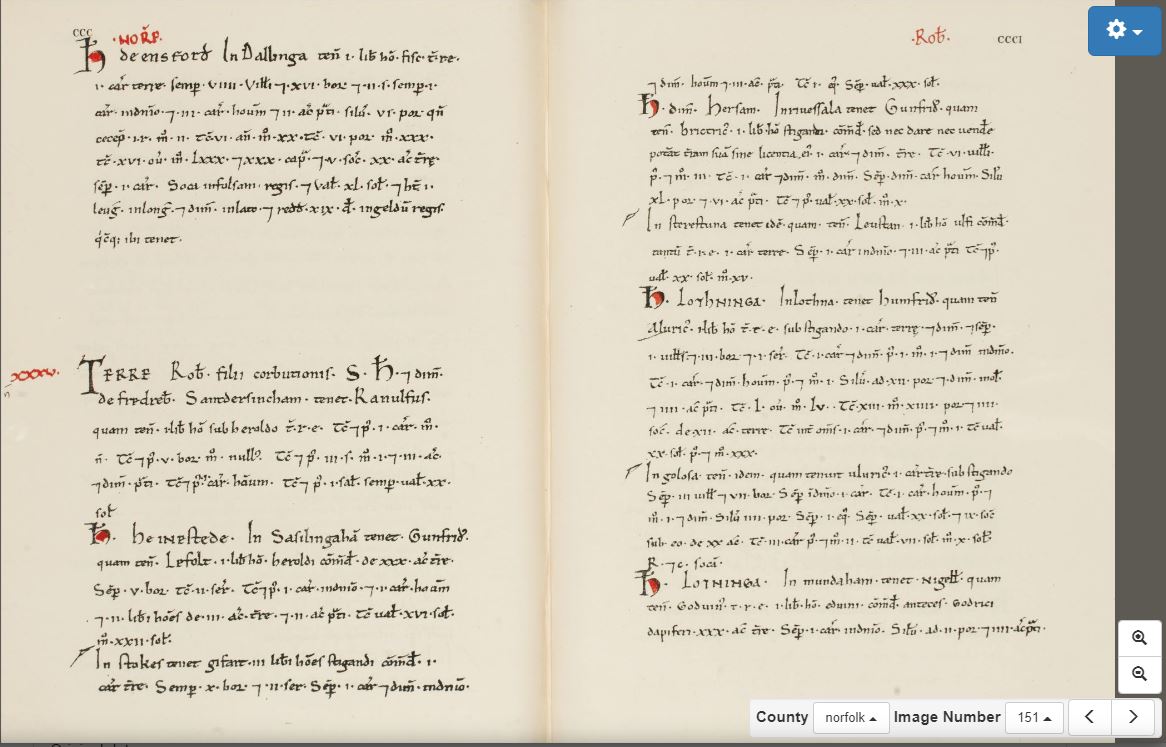 The Family History Show Online takes place on 25th September, featuring two online lecture theatres, the popular ‘Ask the Experts’ area where you can put questions forward to specialists, live chat and forum where you can talk with other attendees, as well as a whole host of stalls so you can ask for advice as well as buy genealogical products.

New Feature for The Family History Show Online: The main Lecture Theatre now includes Live Chat, so you can post questions and comments as you watch the talk. The speakers will be on hand to answer these during the broadcast time!

Don’t miss out on a day packed with talks by experts including Nick Barratt, get answers to your questions in 1-2-1 expert sessions, and hear advice from a host of Family History Societies and genealogical suppliers. You can also meet the Discover Your Ancestors team.

Who Do You Think You Are? UK Series 18 Celebrities announced!

Dame Judi Dench, Pixie Lott, Joe Lycett, Alex Scott and Josh Widdicombe make up the lineup of stars taking part in the 2021 UK series of ‘Who Do You Think You Are?’

Two-time BAFTA award-winning genealogy show Who Do You Think You Are?, produced by Wall to Wall, returns to BBC One this October with yet another star-studded line-up.

Exciting News! The BBC have announced the return of the genealogy TV series, Who Do You Think You Are? Expected to be on air this October, here are all the names of the stars taking part in this year’s UK series.

Expected to be aired in October 2021 on BBC One. The seven episodes of the UK series will feature the family histories of a host of celebrities including; Ed Balls, Dame Judi Dench, Pixie Lott, Joe Lycett, Alex Scott, Joe Sugg and Josh Widdicombe.

Dame Judi Dench is set to unearth her Danish roots and discover some intriguing Shakespearean connections, while former Labour MP and TV presenter Ed Balls uncovers great bravery, and some less-admirable conduct from his ancestors. Singer-songwriter Pixie Lott finds that in her family tree there is a musical legacy that is three-generations strong, whilst comedian Joe Lycett comes across a darker side to his family history story.

Alex Scott, the TV Pundit and former footballer, learns about her Jewish and Jamaican heritage, discovering that her ancestors had suffered enormous hardships in their lives. YouTuber Joe Sugg learns that his family history can be traced as far back as the Great Fire of London, and comedian Josh Widdicombe’s lineage will take viewers back to the Elizabethan and Tudor Courts.

Emily Smith, BBC Commissioning Editor for Documentaries, says: “We are very excited for this new series of Who Do You Think You Are? and for viewers to share in the extraordinary mix of personal celebrity histories taking us across the world, and which together reflect our rich collective history”.

Executive Producer for Wall to Wall, Colette Flight, says: “Who Do You Think You Are? is back with another line-up of Britain’s best-loved celebrities exploring their family histories across the UK, Ireland, Denmark and Jamaica. The incredible personal stories they unearth of their ancestors’ lives - from royal love triangles to labourers fighting for their rights, from Victorian child sweeps to battling fascists in London’s East end – reflect and illuminate all our collective history.”

Who Do You Think You Are? is produced by Wall to Wall Media for BBC One.

The new series of Who Do You Think You Are? launches on BBC One this October. Read more about the new UK series here

Hot off the Press! Discover Your Ancestors Bookazine Issue 10