TheGenealogist adds over 100,000 names to its Irish Will Indexes

TheGenealogist’s Index of Irish Wills 1484-1858 is an index to surviving records of Wills, Grants and Administrations, held by The National Archives of Ireland (NAI). Records include the original NAI reference, which can be used to order a copy of the existing document.

This new release adds an easily searched and useful resource to the ever growing suite of records available to Diamond subscribers of TheGenealogist. The Index of Irish Wills 1484-1858 features:

Prior to 1858, Irish wills were administered by the ecclesiastical courts of the Established church, (the Church of Ireland), a part of the Anglican communion. In 1857, however, the Church of Ireland lost its responsibility for Irish Wills when the Probate Act of that year transferred the supervision to the state.

The Family History Show is back!

After three extremely successful virtual events held in the last year, The Family History Show, Online is returning in June so that once more you can enjoy all the features of a physical family history show, but from the comfort and safety of your own home.

The Family History Show, Online, organised by Discover Your Ancestors magazine, is gearing up for its return on Saturday 19th June 2021.

You'll have the opportunity to put your research questions to an expert, watch free talks and to speak to over 100 family history societies, archives and genealogical suppliers by text, audio, video chat or email from the comfort of your own home.

Save on Early Bird ticket offer!

Buy your tickets in advance and save - tickets to attend The Family History Show Online are available from the website at just £6.00 each. You will also get a FREE virtual goody bag on the day worth over £10. (Tickets on the day are £8.00)

All the features of a physical show

As well as over 100 virtual exhibitor stalls to visit, you will be able to enjoy online talks throughout the day and put questions forward to specialists in their popular 'Ask the Experts' area.

To buy your tickets go to: /https://thefamilyhistoryshow.com/online/tickets/

TheGenealogist has released the records of 143,956 individuals to increase its Lloyd George Domesday Survey record set coverage. This unique online resource of nearly one million individuals records, can help researchers discover where an ancestor lived in the period 1910-1915. The new records this month are for properties situated in Balham, Battersea, Fulham, Hammersmith, Putney & Roehampton, Streatham, Tooting Graveney and Wandsworth. 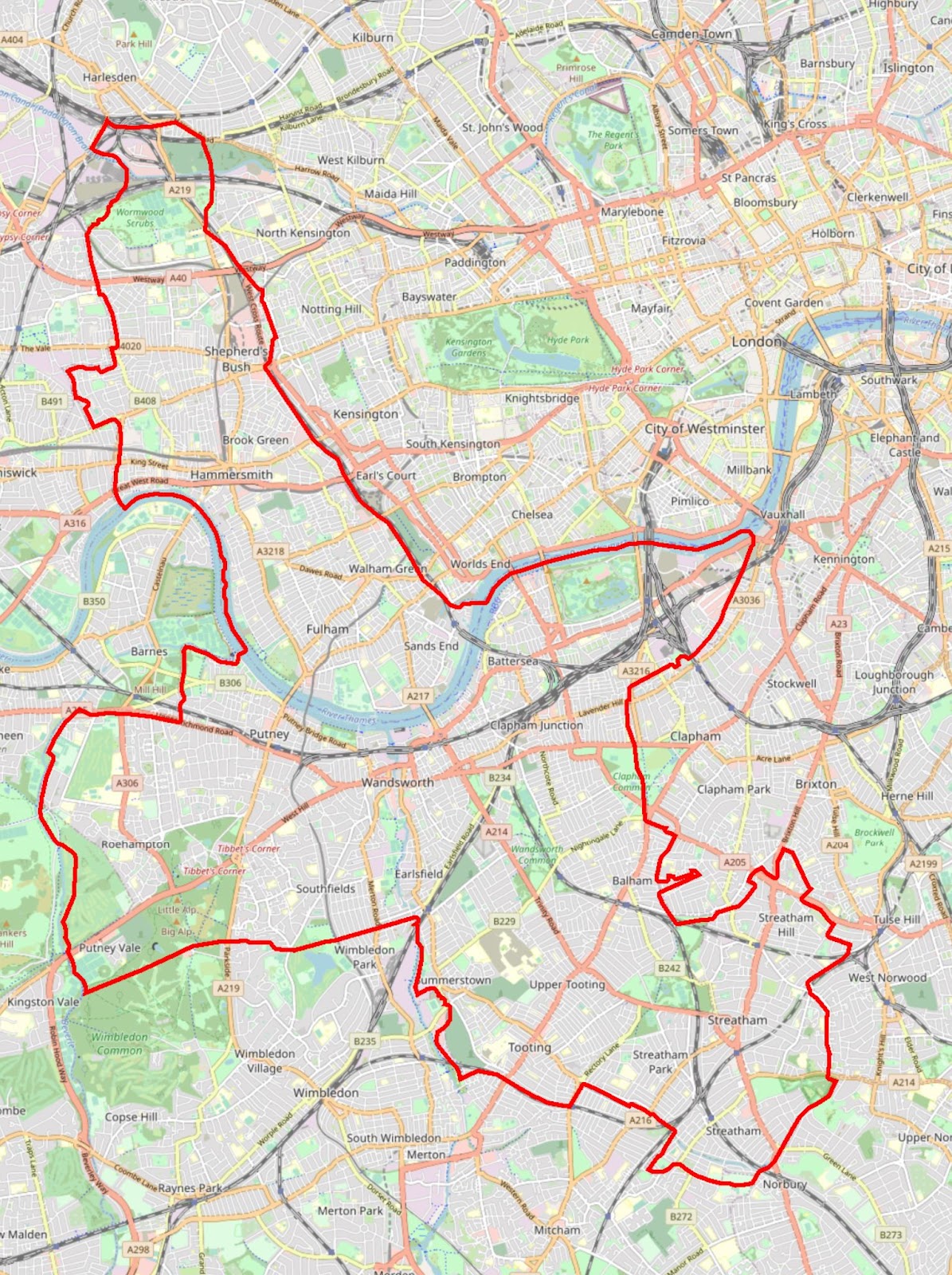 Area outlined in red is covered in this latest release

This fascinating combination of maps and residential data from The National Archives is being digitised by TheGenealogist and enables researchers to precisely pinpoint an ancestor’s house on the large scale and exceptionally detailed hand annotated maps from the period. Fully searchable and linked to the versatile Map Explorer™, Diamond subscribers of TheGenealogist can see how an area has changed over time by switching between various georeferenced modern and historical map layers.

Family historians often have problems finding where ancestors lived because road names can change over time. Researching the article discovered a shopkeeper living on the corner of Defoe Road and Tooting High Street. Daniel Defoe was a one time famous resident of Wandsworth. Using the Map Explorer now helps to identify that Defoe road has become Garrett Lane in modern times. The southernmost part of Garratt Lane is unusual in that two parallel streets exchanged names in the past. The original Garratt Lane was a narrower street while Garratt Terrace, on the other hand, was the main connection to Tooting Broadway. The south-east end of its length became Defoe Road before it reached the High Street, though many people were in the habit of mistakenly calling it Garratt Lane. For this reason it was agreed to exchange the names. Searching for where an ancestor lived using modern maps can be frustrating when they fail to pinpoint where the old properties had once stood.

Complementing the maps on TheGenealogist are the accompanying Field Books that will also provide researchers with detailed information relative to the valuation of each property, including the valuation assessment number, map reference, owner, occupier, situation, description and extent.

This mammoth project is ongoing with over 94,500 Field Books, each having hundreds of pages to conserve and digitise with associated large scale IR121 annotated OS maps.

See TheGenealogist’s feature article on using these records in “Finding the Wandsworth homes attacked in the WW1 ‘Lusitania’ Riots”:

To find out more about these records, you can also visit TheGenealogist’s informative record collection page at: TheGenealogist.co.uk/1910Survey/ 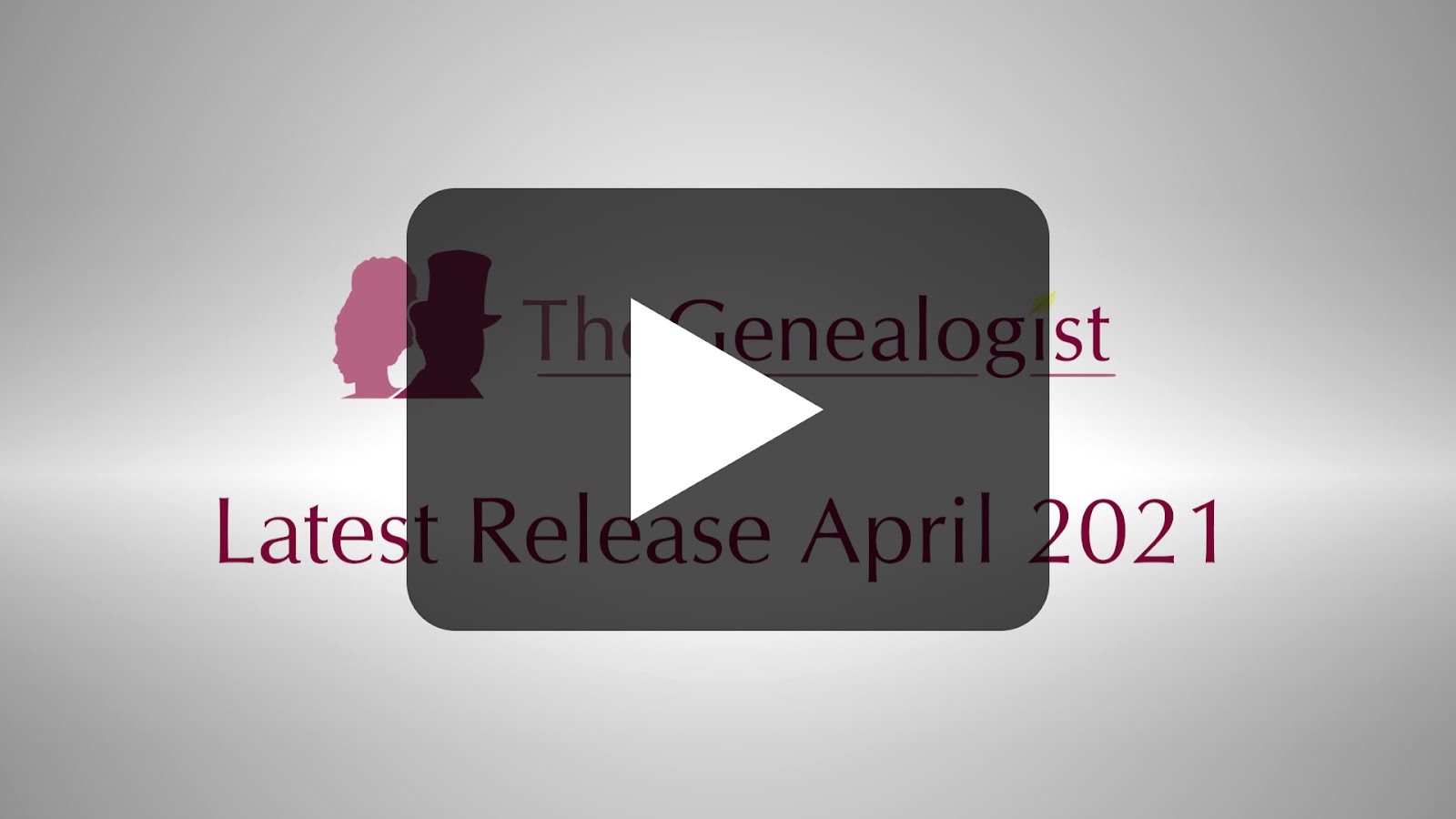 Click this link to watch TheGenealogist's video on these new records: https://youtu.be/ushl8j8ovzA

The National Archives' latest On the Record Podcast is: 17th century witches

The history of trials in The National Archives collection

Episode one of TNA's latest On the Record podcast series, Trials, is now available to stream from wherever you get your podcasts. The series uncovers different stories to examine the history of trials, with episode one looking specifically at witch trials.