The data subscription site has just launched a new collection of Police Letter Books for Hampshire. This is an intriguing mixture of promotions, retirements, movements, and other observations about Police officers in this county from 1891 to 1911. In amongst its pages you will be able to trace the career of your Hampshire police ancestors as they rise or fall. 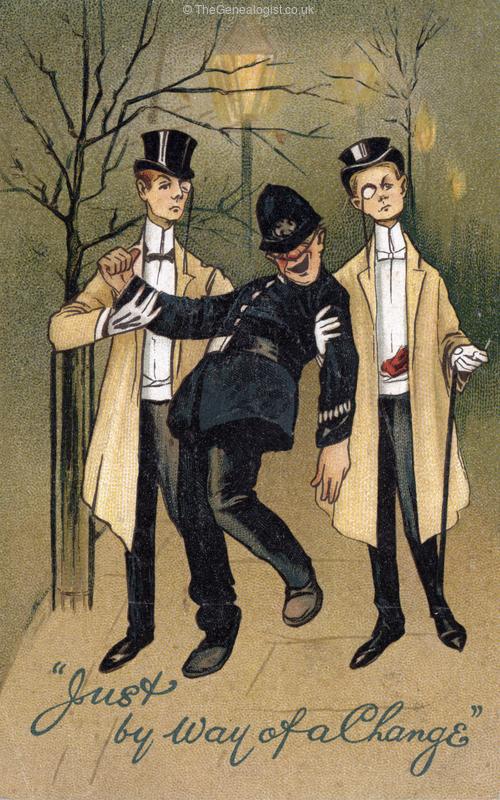 These records reveal names and collar numbers of officers promoted, reduced in rank or dismissed from the force for committing various acts of misconduct. The misdemeanors often seem to involve alcohol, ranging from accepting a glass of beer to being drunk on duty. For those more competent officers who were commended for their actions in the pages of these documents, you can read the actions that had been seen as deserving of inclusion in the Letter Books. In addition, TheGenealogist has released the Colour Tithe Maps for Northumberland. These maps join the previously released greyscale maps for the majority of the country that are already published on TheGenealogist.   The searchable schedules, or apportionment books, contain detailed information on land use and these are linked to the maps on TheGenealogist. Clicking through from the transcript to a map will jump straight to the plot for an individual and can reveal buildings, fields, houses, rivers, lakes, woods and also cover villages, towns and cities.   A case study using one of the new record sets

The Ups and Down of a life on the beat

The latest release of Police Letter Books for Hampshire is an eclectic mix of details of promotions and removals of officers (postings from one place to another), as well as recording such things as additional pay and a number of disciplinary matters that were handed out to the policemen of the Hampshire County Constabulary. If we search for one late Victorian police officer in the records, named John William Walsh, we can see that P.C. 82 J W Walsh had set out on his employment in the force around 1893. On the 12th June of that year, our 3rd class Police Constable appears first in the Letter Books when he was being sent from headquarters to serve at Kingsclere Police station. As this officer appears no less than nineteen times in the records between 1893 and 1911, we can see that he was a career policeman having probably set his sights on progressing through the ranks. By the end of that same year, on the 8th November 1893, he had been transferred to Totton and promoted to 2nd Class Constable. 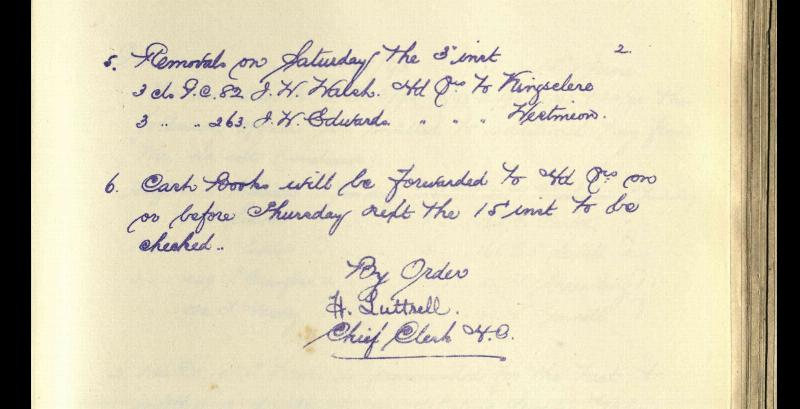 So far so good for John Walsh. In 1898 he had made 1st Class Constable and then the job took him to Brockenhurst. January 1900 sees a blip in his job prospects when he failed his Sergeant's exam, which is duly recorded in the records - but he bounces back a few months later. By the 18th June 1900, when he gets his coveted promotion to Sergeant and is ‘removed’ to Petersfield the same day, we now see that he has been allocated collar number 14. He crops up in the Police Letter Books in a note of an entitlement to extra pay for 13 days in 1905 and then in 1906 saw him reach the pinnacle of his career as he is promoted to Inspector!

What could possibly go wrong?

These new records on TheGenealogist show that, conversely, 1906 was also the worst year for John Walsh’s path up the ranks of the Hampshire County Constabulary. Promoted to Inspector in January 1906; in October he was on the way back down! The Police Letter book for the 18th October 1906 sadly reveals that our Inspector, of nine months, was to be reduced in ranks to that of a 1st Class Constable. This must have been devastating for him and his family as he was not just going down one rank, to Sergeant, but back to where he had been eight years before. His offence: being drunk while on duty in Holdenhurst Road, Bournemouth. A lesser man may have considered his position in the police, but not John Walsh. From the records we find the newly numbered P.C.165 removed from Bournemouth to Farringdon on the same day that he had been busted down in rank. A year later, in 1907, and he has been promoted to Sergeant for the second time in his police career. He is posted to Basingstoke with this rank with yet another change in collar number to 35. It was on the 22nd November 1911 that we see he had climbed further still. It was not quite to the rank that he had lost in 1906, but J Walsh was now a Sergeant Major in the force and was removed to Winchester. Using these new records on TheGenealogist has enabled us to follow the ups and downs of one particular police officer who, like many of his colleagues, came a cropper through partiality to a drink. If you have Policeman ancestors from Hampshire then search this collection to find interesting mentions of them as they are removed to new stations across the county, are commended for catching thieves, receive promotions, or are sometimes disciplined for their actions. See more at: https://www.thegenealogist.co.uk/featuredarticles/2017/police-letter-books-466/
Leave a comment 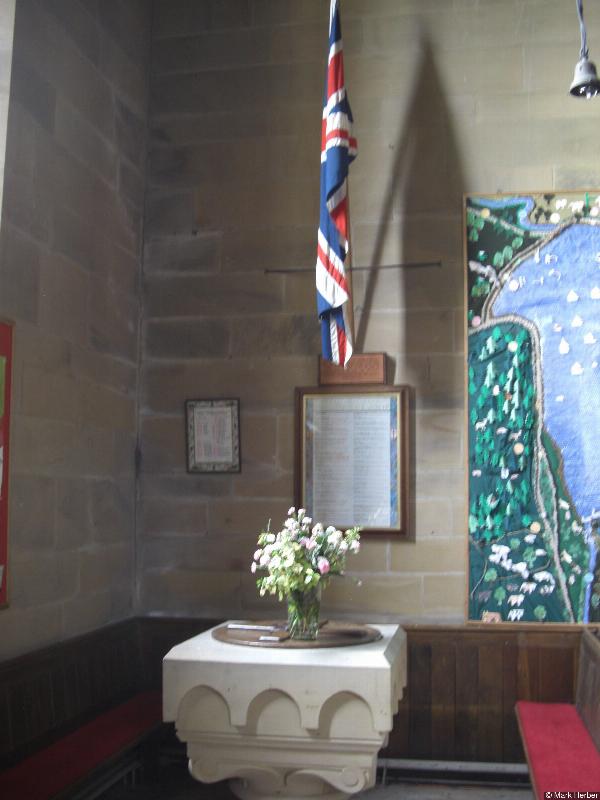 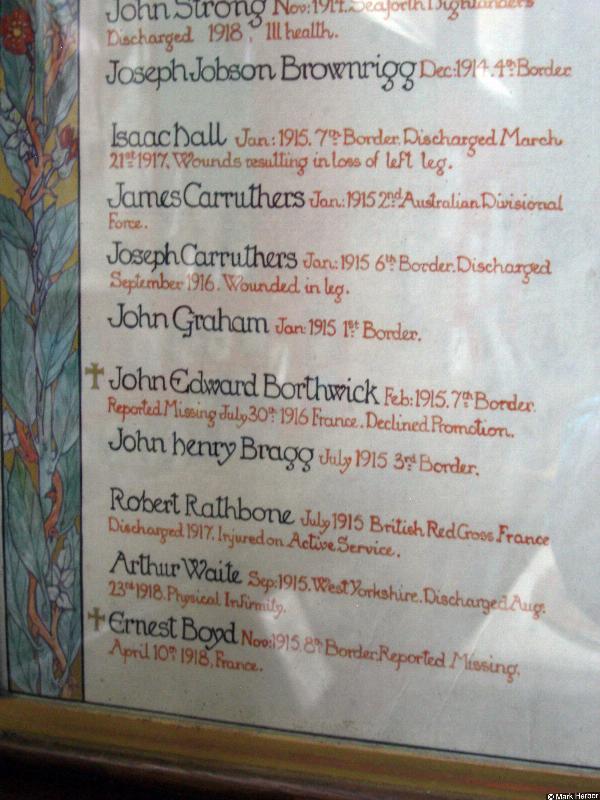 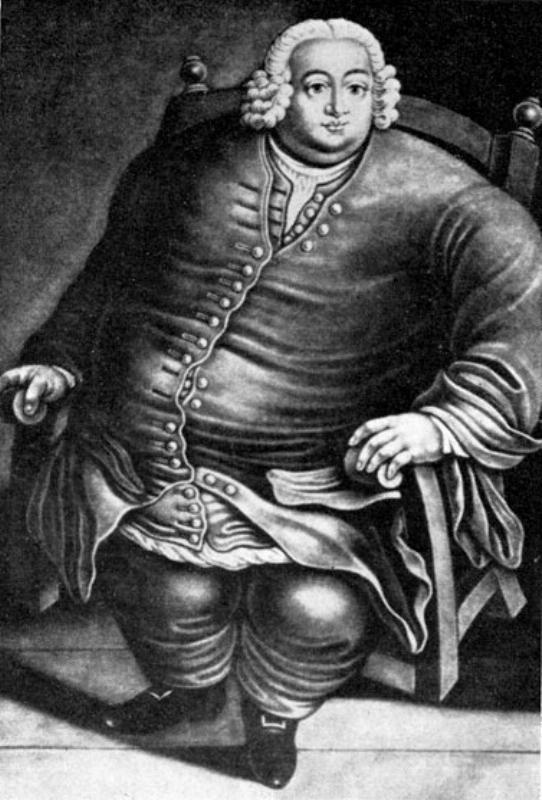 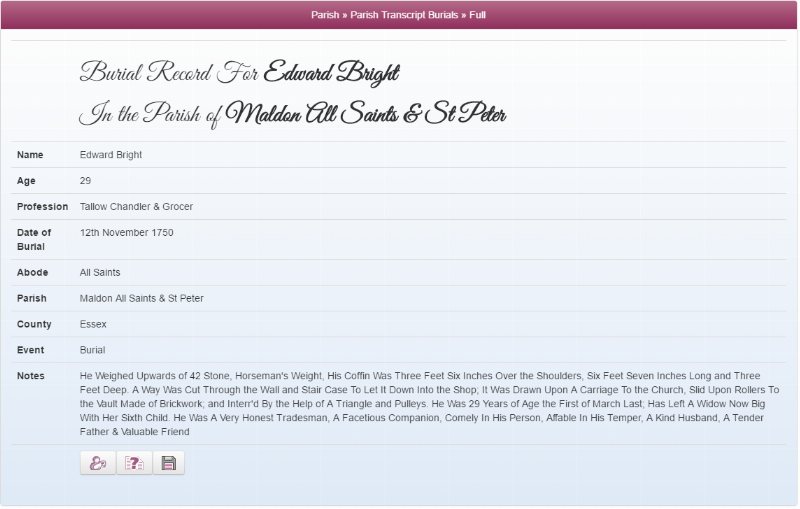 As we have seen here, sometimes a parish register can give you so much more than just the date that your ancestor was baptised, married or buried. https://www.thegenealogist.co.uk/featuredarticles/2017/the-fat-man-of-maldon-436/
One comment so far
Found 2 Results.
Back to top