TheGenealogist has added to its Parish Records collections with a second batch of Warwickshire registers in an ongoing project with the Warwickshire County Record Office. These newly transcribed records are linked to high quality images of the original parish register pages.

These new records are available as part of the Diamond Subscription at TheGenealogist.

Read TheGenealogist’s article that reveals how a Warwickshire marriage was key to the career of an 18th century tragic actress: https://www.thegenealogist.co.uk/featuredarticles/2018/warwickshire-parish-records-reveal-the-marriage-of-an-18th-century-tragedienne-800/ 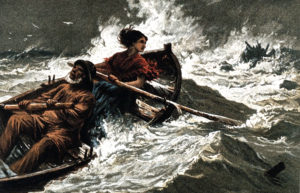 TheGenealogist has expanded its UK Parish Records collection with the release of over 1,363,000 new records for Northumberland.  These records make it easier to find your ancestors’ baptisms, marriages and burials in these fully searchable records that cover the ancient parishes of the northernmost county of England. Some of the records can take you as far back as 1560. In this release you can find the records of: 903,314 individuals in Baptisms, 157,329 individuals in Marriages and 302,378 individuals in Burials   Use these records to find the names of ancestors, parents’ forenames (in the case of baptisms), father’s occupation (where given), abode or parish, parish that the event took place in, the date of the event, in the case of marriage records, the bride’s maiden name and the witnesses’ names. In these records you can find Grace Horsley Darling, the famous lighthouse keeper’s daughter who saved the crew from a shipwrecked paddle steamer. She was born on 24th November 1815, at her grandfather's cottage in Bamburgh in Northumberland and was baptised the following month. Grace was the daughter of William and Thomasine Darling who, when only a few weeks old, was taken to live in a small cottage attached to the lighthouse on Brownsman Island, one of the Farne Islands off the coast of Northumberland. Her father ran the lighthouse there and she is famed for participating in the rescue of survivors from the shipwrecked paddle steamer Forfarshire in 1838. It was carrying sixty two people when it foundered on the rocks, split in two, the survivors managed to clamber onto Big Harcar a rocky island and were spotted by Grace looking from an upstairs window. She and her father rowed out in a four man boat for a distance of about a mile and between them rescued the nine survivors.

Search these and millions of other records on https://www.thegenealogist.co.uk
Leave a comment

09th March, 2017 Family History, New TV Programmes, Parish And Non Conformist Records, TheGenealogist, Who Do You Think You Are?

Well that, sadly, was the last in the series of the UK edition of Who Do You Think You Are? In Wednesday's show we saw Sophie Raworth discover that green fingers ran in her family. There was also a very interesting insight into the Priestly riots against Nonconformists in Birmingham in 1791. Sadly it had a bearing on her ancestors as they migrated to New York in search of a better life. something that was not to be. Read this article here to find out more: https://www.thegenealogist.co.uk/featuredarticles/2017/who-do-you-think-you-are/sophie-raworth-471/
Leave a comment

What TheGenealogist has in store for 2017 2017 is going to see millions of new records added to TheGenealogist across a wide variety of collections. New Data Sets We are adding millions of new and unique Parish Records and Bishops’ Transcripts are being added for many more counties. A new and unique record set covering detailed records of our ancestors houses, which will be searchable by name, address and area, with high resolution maps showing the property. Our ongoing project with The National Archives is set to release yet more detailed Colour County and Tithe Maps with tags to show where your ancestors lived. We are releasing a 1921 census substitute, using a wide variety of records including Trade and Residential Directories of the time. New decades of BT27 Passenger Lists and Emigration Records will become available. Our International Headstone Project will be expanded with more Commonwealth Cemeteries added. More worldwide War Memorials added to our comprehensive database. Following on from our release of over 230 million U.S. records in 2016, we will be launching more U.S. records in 2017.   New & Improved Census Images Thanks to new technology and new Silver Halide Film provided by The National Archives, we have now been able to re-scan the 1891 census with improved resolution and quality. This combination of improved readability and new transcripts will help locate your ancestors and view the relevant images with a superior grayscale format. Our “Deep Zoom” images have over 5 times the resolution of previous images. They will be lightening fast to view thanks to the  technology used in our new image interface. We will launch these new images in early 2017.   Look out for these exciting new developments and more in 2017 at TheGenealogist.co.uk
Leave a comment

This guide to parish registers, now in its third edition, and covering England, Scotland and Wales, is a vital, time-saving tool that has become universally known as 'the genealogist's bible'. The Atlas includes the famous county 'parish' maps, which show pre-1832 parochial boundaries, colour-coded probate jurisdictions, starting dates of surviving registers, and churches and chapels, where relevant. Topographical maps face each 'parish' map, and show the contemporary road system and other local features, to help deduce the likely movement of people beyond the searcher's starting point. The Index lists the parishes, with grid references to the county maps. It indicates the present whereabouts of original registers and copies, and whether a parish is included in other indexes. It also gives registration districts and census information. Thus, in this invaluable guide, the user may quickly find answers to such questions as: Have the registers been deposited? Where may they be found? What outside dates do they cover? Have they been copied or indexed and by whom? Get your copy for £29.95 http://genealogysupplies.com/offer-of-the-week/ 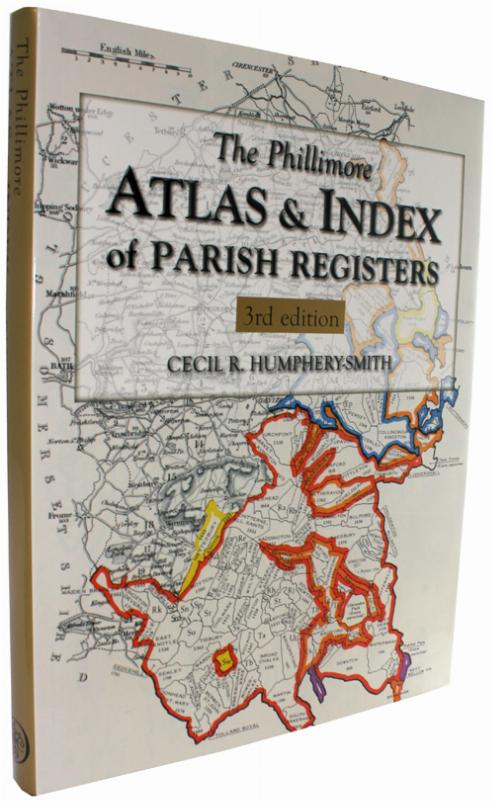 In the new Essex records available, TheGenealogist uncovered the family history of shadowy highwayman, Dick Turpin, born in Hempstead, Essex, baptised in 1705, as Richardus Turpin, in the same parish where his parents had married. He started life as a butcher, but came into contact with the ‘Essex Gang’ and embarked on more clandestine, criminal activities which became legendary as his 'highwayman' exploits became notorious at the time. There's more details on the Parish Record releases at http://www.thegenealogist.co.uk/nameindex/ai_content.php?type=diamond&show_cat=9#includes
Leave a comment
Found 14 Results.
Back to top