On this day: 23 July the Public Records Act 1958 introduced

This Act introduced a new system of reviewing, selecting and transferring of records which continues to this day.

The National Archives posted a link on their facebook page (https://www.facebook.com/TheNationalArchives/) for anyone that wants to learn more about TNA’s duties under this Act: http://socsi.in/m6opG 27th May, 2016 Family History, Latest News, Military Records, On This Day, TheGenealogist, War Records, World War One Records Admiralty's Registers Of Killed And Wounded , Battle Of Jutland , Battle Of Jutland Roll Of Honour Database , Naval Who's Who Of 1917 , Roll Of Honour
This week sees the 100 year anniversary of the Battle of Jutland. Many websites have been publishing their own stories to commemorate this event and browsing TheGenealogist's Featured Articles section I found this one that draws on some of the excellent records for Jutland available on their site. As they say in the piece: TheGenealogist has a comprehensive Battle of Jutland record set that provides researchers with a full list of the men killed or wounded in the battle with their rank, name of ship and date of death taken from official Admiralty sources. Within these records we can find the brave Boy (1st Class) Cornwell alongside his comrades in arms that died in this battle 100 years ago. It includes the commander of the 1st Cruiser Squadron, Rear Admiral Robert Arbuthnot, who went down with his flagship HMS Defence. The Battle of Jutland Roll of Honour database at TheGenealogist was initially based upon the Admiralty's Registers of Killed and Wounded (from The National Archives). These were cross-referenced with the Naval Who's Who of 1917 and subsequently the Commonwealth War Graves Commission, along with other records. Where possible the records online are cross-referenced to entries at the CWGC's website, as with other Roll of Honour records at TheGenealogist. This combined database is uniquely available on TheGenealogist. Read the full article here: http://www.thegenealogist.co.uk/featuredarticles/2016/jutland-jack-cornwell-the-battle-of-jutlands-youngest-vc-332/ 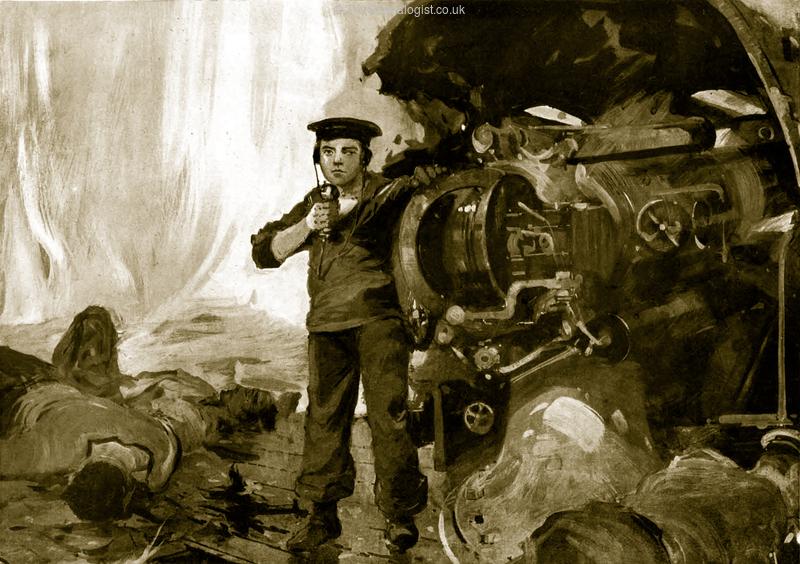 From the Image Archive on TheGenealogist: Boy (First Class) J T Cornwell of HMS Chester, though mortally wounded, stands at his post amid the dead and wounded crew.
Leave a comment

210th Anniversary of Battle of Trafalgar

21st October, 2015 Events, On This Day Battle Of Trafalgar , The National Archives , Trafalgar Ancestors
The Battle of Trafalgar took place on the 21 October 1805. It was fought by the Royal Navy against the combined fleets of the French and Spanish Navies, during what was known as the War of the Third Coalition that took place between August–December 1805 within the wider Napoleonic Wars (1803–1815). Trafalgar was the most decisive naval victory of the war when twenty-seven British ships of the line were led by Admiral Lord Nelson aboard his flagship HMS Victory. The British defeated thirty-three French and Spanish ships of the line under the French Admiral Pierre-Charles Villeneuve in the Atlantic off the south-west coast of Spain, just west of Cape Trafalgar. The Franco-Spanish fleet lost twenty-two ships in the fight while not a single British vessel was lost. The British victory dramatically established Britain's naval supremacy and was achieved in part through Nelson not adhering to the prevailing naval tactics, which involved engaging an enemy fleet in a single line of battle parallel to the enemy hit each other with broadsides. Nelson instead divided his smaller force into two columns which he then ordered to sail at right angles against the larger enemy fleet and so won the battle. At the height of the battle Nelson was shot by a French musketeer and died shortly after, becoming one of Britain's greatest war heroes. 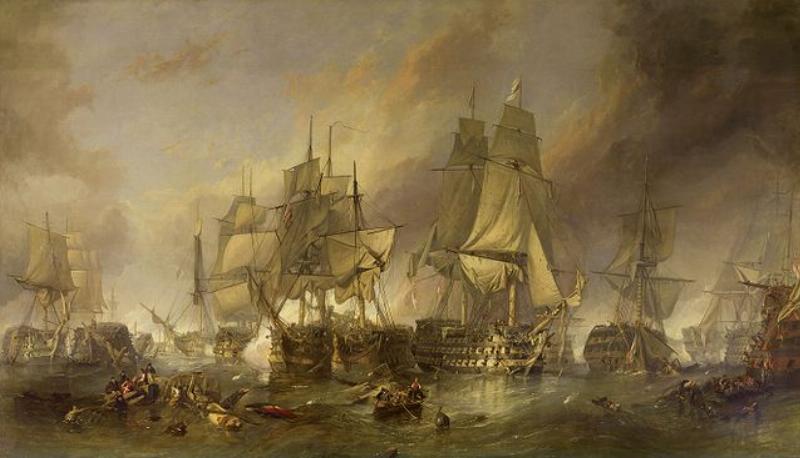 If you think you may have had ancestors that served in the battle The National Archives has a great portal: http://www.nationalarchives.gov.uk/trafalgarancestors/
Leave a comment

On this day in 1752 the Gregorian Calendar introduced to England

14th September, 2015 On This Day Family Historian , Gregorian Calendar , New Calendar System , Supputation Of The Year
On this day in 1752 the 3rd of September became the 14th as part of the changes caused by the introduction of the Gregorian Calendar into England and Wales and crowds of people rioted on the streets demanding, 'Give us back our 11 days.'   The Gregorian reform had started in 1582, in Pope Gregory XIII’s time but took some time to be adopted by Europe. The first day of the year, or Supputation of the Year became the 1st of January under the new calendar system. Prior to this the year began on Lady Day, or the 25th March.  The Calendar Act 1750 had changed this situation, so that the day after 31 December 1751 was the 1 January 1752. As a consequence, 1751 was a very short year – it ran only from 25 March to 31 December! The year had previously been broken up into quarters, still in use for some legal practices, Lady Day (25th March), Midsummers Day (24th June), Michaelmas Day (29th September) and Christmas day (25th December). To throw even more confusion into this situation, Scotland had already changed the first day of the year to 1 January in 1600 and so 1599 was a short year there ( remember that in 1600, Scotland was a completely separate kingdom). What has to be recognised is that when King James VI of Scotland also became King James I of England in 1603, the possibilities of date confusion must have been very large indeed. Today it confuses many a family historian. The loss of the 11 days was required to balance the calendar with the solar year, as it had gone out of sequence over the span of the centuries. 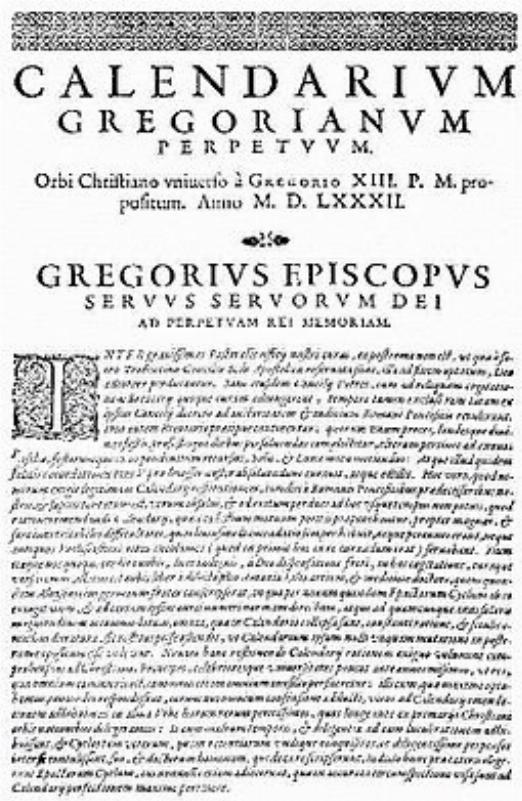 Leave a comment
17th June, 2015 On This Day RMS Lancastria , RMS Tyrrhenia
On this day (17th June) in 1940 as World War II raged the HMT Lancastria was sunk by the Luftwaffe near Saint-Nazaire in France. Before the war she had been firstly called the RMS Tyrrhenia and then renamed as the RMS Lancastria finally becoming the HMT Lancastria when she became a troop ship. Over 4,000 lives were lost and so this makes it the worst ever loss of life in the sinking of a single British ship. The ship was taking part in the evacuation of military, Embassy Staff and other British Nationals two weeks after Dunkirk. It is also the bloodiest single engagement for the UK in terms of lives lost for the whole of World War II. What is often forgotten is that this sinking claimed more lives than the combined losses of the Titanic and Lusitania. 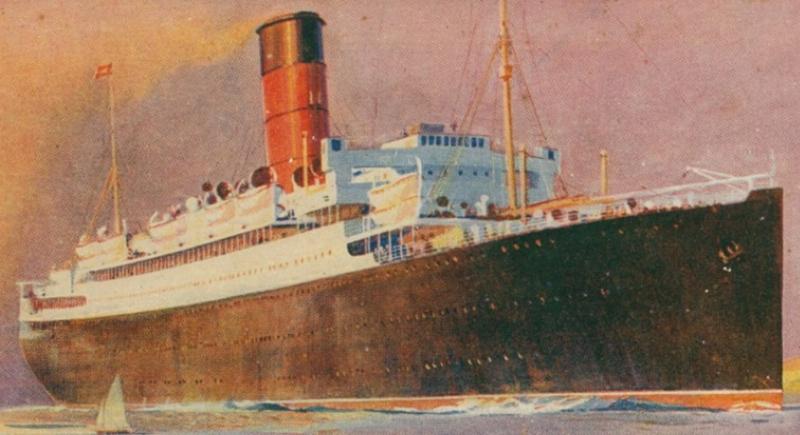 01st May, 2015 On This Day Penny Black , Victorian Postage
On the first of May 1840 the first British Penny Black stamp went on sale. Invented by Sir Rowland Hill, it was the world’s first adhesive postage stamp and it became valid for postage on 6th May. The idea of an adhesive stamp, which would indicate pre-payment of postage, was part of Sir Rowland Hill's proposals in 1837 to reform the British postal system. Until then our ancestors would pay postage on delivery of their mail. Another idea that Sir Rowland suggested at a government enquiry on February 13, 1837 was for customers of the service to use a separate sheet that folded to form an enclosure or envelope for carrying letters. At that time postage was charged by the sheet and on the distance travelled. 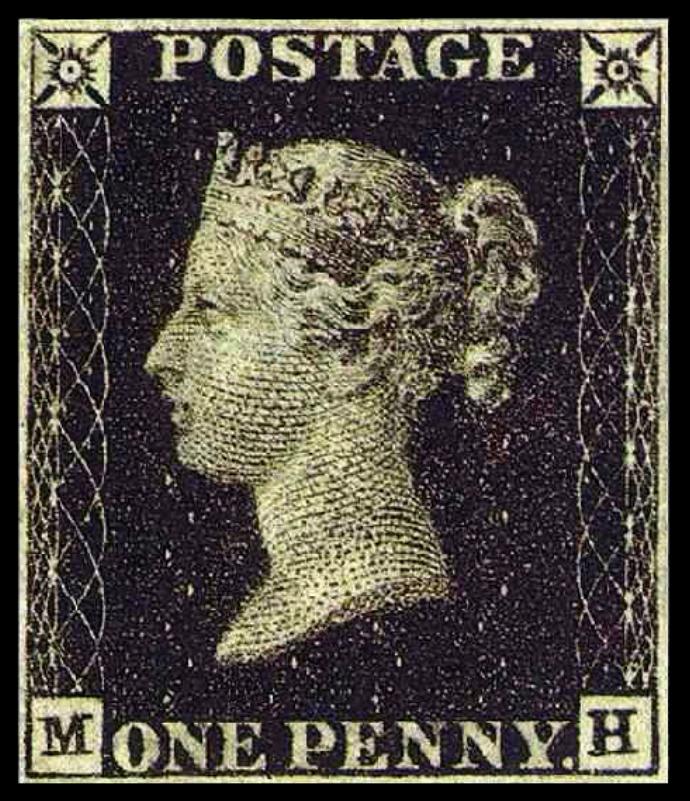 the state funeral took place, in London, of Sir Winston Churchill, former Prime Minister of Britain. Widely regarded as one of the greatest wartime leaders of the 20th century, Churchill had been a young soldier in India, the Sudan and the Second Boer War. He was also a historian, a writer, and an artist. As a politician he had held many positions in government having served in Asquith's Liberal  administration before he switched parties to serve as a Conservative. It was the biggest state funeral of its kind since the burial of the Duke of Wellington in 1852 and one of the iconic images was of the cranes on the River Thames dipping in salute as the barge carrying his coffin passed them by. 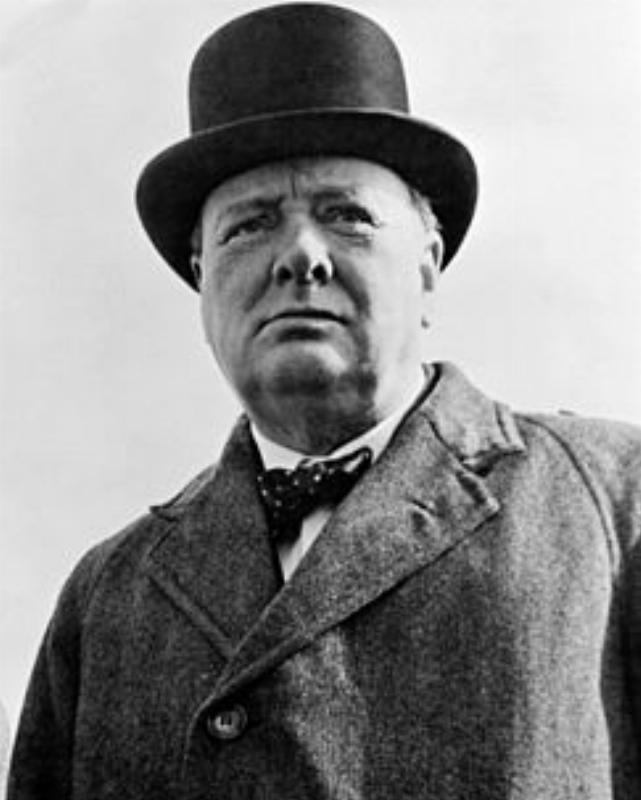 19th November, 2014 On This Day
1905 The SS Hilda, a steamship owned by the London and South Western Railway sank, with the loss of 125 lives when she struck ground at the entrance to Saint-Malo harbour. She had sailed from Southampton at 22:00 on 17 November 1905 on her regular service to Saint-Malo in Brittany with 103 passengers on board. Thick fog caused her master, Captain Gregory, to anchor off Yarmouth, Isle of Wight to await better weather conditions. At 06:00 on 18 November the Hilda resumed her voyage and by 18:00, she was approaching St Malo. Although the lights from the town could be seen, squally snow showers  impaired visibility and her Captain was forced to abandon the attempt to reach port. There then followed occasions when the visibility improved briefly but then deteriorated. Gregory made several attempts to reach St Malo's port, each of which he had to abandon. Around 23:00, the visibility improved again and the Hilda made its final attempt to enter the harbour. Sadly, minutes later, the ship struck the Pierre de Portes rocks, that lie to the west of the entrance channel to St Malo's harbour and broke up. About 20 or 30 survivors managed to climb the rigging  of the wreck to await rescue. By 09:00 on 19 November, when they were discovered by SS Ada, only six remained.
Leave a comment
Found 8 Results.
Back to top