Maps for family historians and using them to explore the past

Maps are one of the most important visual aids that a family, social or house historian can turn to when exploring the homes of our ancestors. We may have already come across a record that has provided us with an address, or maybe all we have is just a place name, and we want to explore the surrounding streets or the area. 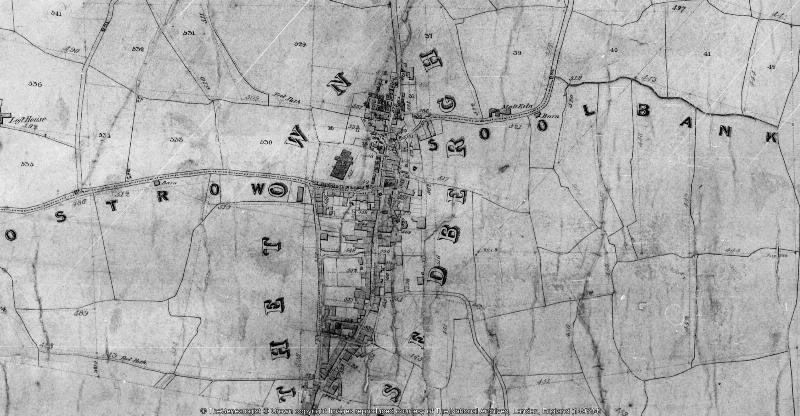 Tithe map of Sedbergh, Yorkshire courtesy of The National Archives

There are various types of map resources that we can use to step back in time, get a better understanding of the landscape that our ancestors would have been living in. By seeing the environment in which they had once lived enables us to see roads, rivers and railways that can explain where they moved on to, or where they had come from in the first place.

Another line that we may research with the use of a map is for determining employment opportunities for people who had lived in a particular place in a particular time. The map could show us employment opportunities whether they were farms, mills, mines or some type of industrial building such as factories, distilleries, breweries and so on that had attracted our ancestors to live in that place. 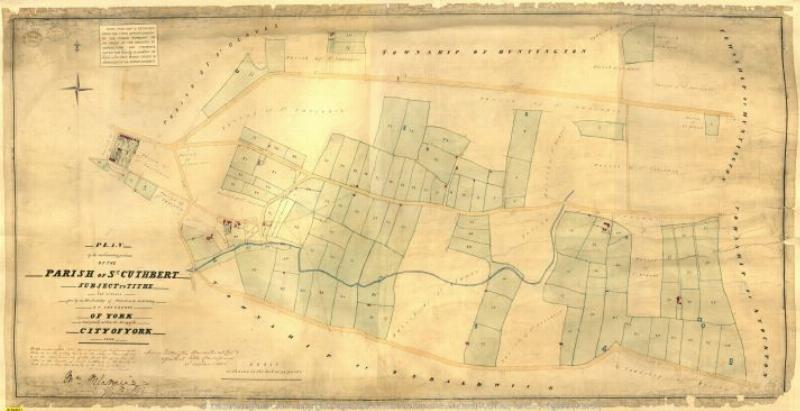 Colour Tithe map of the Parish of St Cuthbert in York

Maps can reveal other fascinating information that can be useful in our research, for example we can often see who the landowners were and a historical map allows us to work out the nearest church or nonconformist chapel to where our ancestors lived. With this knowledge the researcher can then look for their forebears' baptisms, marriages and burials in the relevant records connected to that church/chapel.

We can use a range of maps from modern street maps of City & Town maps to historical maps drawn up in the past. Often the problem with a modern map is that they only show us the lay of the land as it is today and not as it may have been when our forebears walked the highways and byways of the area that we are investigating. Many places have seen significant changes over the years with modern redevelopments replacing previous settlements or roads that had first been laid out in medieval times.

A useful set of maps for investigation where an early Victorian era English or Welsh ancestor may have lived are the Tithe Maps. The Tithe Survey which was responsible for the creation of the Tithe Maps was as a result of  the Tithe Commutation Act 1836 and covered a large part of the country that was still subject to tithes and had not been enclosed. These maps and their accompanying apportionment books can be used to discover where people were living and who their neighbours were in the period of the survey from 1836 to the 1850s. Three sets were made of each area, one for the parish, one for the diocese and one for the Tithe Commissioners in London. This last set is in the safekeeping of The National Archives at Kew and have been digitised and put online by commercial family history website TheGenealogist. The parish and diocese maps are likely to be at the diocesan archive which may not necessarily be the county record office for the town/area that you are researching as some ecclesiastical dioceses' boundaries included parts of neighbouring counties. Tithe maps include both owners and occupier’s names and so are useful for family historians  delving into their family history. The maps can often show details such as boundaries, roads, waterways, buildings and woodlands. Sometimes these Victorian era maps show other details such as hedges, field names, mines and factories.

What maps can I use to research my ancestors’ stories?

There have been many maps drawn up over time. Some of these maps are more useful to us than others for researching our family history, although there can be occasions we need to consult a more specialist map such as when doing a house history. A list of maps that a family, social or house historian could use can be seen at https://www.map-explorer.co.uk/

Many of these maps can be found in the local County Record Office though quite a few, but not all, are becoming available on the internet.

One of the most useful tools for family, social and house historians is the powerful online Map Explorer™ that is accessed on the subscription website TheGenealogist. Boasting a number of georeferenced historic as well as modern maps this resource allows its users to see the plots relating to historical records, such as the Tithe Survey and then fade between the different map layers. Because the historic and modern maps are matched to the same coordinates the researcher can view where an ancestor may have once occupied a small cottage and garden, or even a large estate with many fields, woods and so on. Once found it is then easy to use this tool to see what is there today. As urban boundaries have encroached the countryside it is sometimes fascinating to see how rural what we now see as city suburbs was in our ancestors’ time.

Map Explorer™ with its georeferenced historical and modern maps includes not only Tithe Records and Maps to look for your Victorian ancestors’ homes, but also Inland Revenue Valuation Office (Lloyd George Domesday Survey) Records and Maps for nearly one million individuals. Other useful record set layers include Census records, Headstones and War memorials and the mapping interface now also allows users the ability to also see what their ancestors’ towns and areas in the U.K. had once looked like as it now includes historical pictures. This sees the addition of period photographs of street scenes and parish churches where researchers' ancestors may have been baptised, married and buried, added to the maps as a recordset layer. The various images for an area have their locations pinpointed on the maps, allowing family historians to explore their ancestors’ hometowns and other landmarks from around their area.

Important repositories of maps include:

The Scotsman, Scotland's national newspaper has published an article about a new map that  allows people to track more than 3,000 Scots women who had been accused of being witches in the 16th and 17th Century.

The interactive document has been created by data experts at the University of Edinburgh.

Read the rest of the details on The Scotsman's website