TheGenealogist has just added a marvellous new feature which makes its Map Explorer™ resource even more appealing for family historians.

Already boasting georeferenced historical and modern maps, Tithe Records and Maps to look for your Victorian ancestors’ homes, Lloyd George Domesday Records and Maps for nearly one million individuals, Headstones and War memorials, the mapping interface now also allows TheGenealogist’s Diamond subscribers the ability to also see what their ancestors’ towns and areas in the U.K. once looked like. With the addition of these period photographs of street scenes and parish churches where researchers' ancestors may have been baptised, married and buried, this new feature allows subscribers to jump back in time.

This release sees the ever-multiplying collection of historical photographs from TheGenealogist’s Image Archive accessible for the first time from inside Map Explorer™ as a recordset layer. The various images for an area have their locations pinpointed on the maps allowing family historians to explore their ancestors’ hometowns and other landmarks from around their area.

When viewing an Image Archive record in TheGenealogist’s Map Explorer™, the family history researcher is shown the image’s location on the map as well as from what point of view the photographer took the photo. Also included underneath the historical image is a modern map and street view (where it's available) so that the person researching their past family’s area is able to compare the picture from the past with how the area looks today. When used in conjunction with the other georeferenced maps and associated records, TheGenealogist’s Map Explorer™ is a highly valuable tool for those researching their family history. 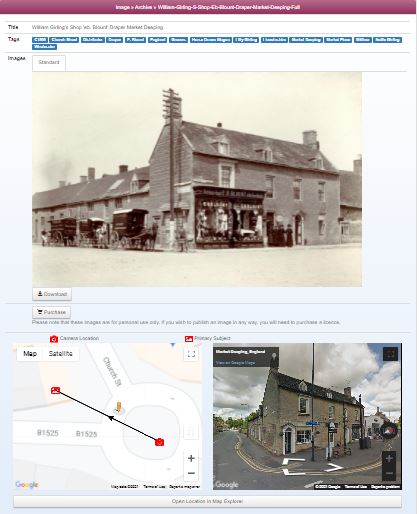 See the photo location, the photographer position, plus a modern map and street view (where available) enabling a comparison to be made of the image and how the area looks today

Watch this short video to learn more about this great new feature: 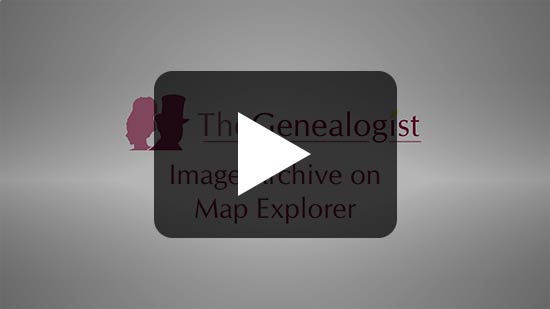 You can read more and see examples in the article: Images from ancestors’ hometowns on Map Explorer™ allows us to “see” where they lived through their own eyes.