TheGenealogist has released 52,429 records for the Borough of Ealing in the west of London for the period just prior to the First World War. This area consists of the seven major towns of Acton, Ealing, Greenford, Hanwell, Northolt, Perivale and Southall as well as the area of Hayes, Norwood and part of Hammersmith. It was once in the county of Middlesex and because it was half way between city and country, with pleasant greenery, it was often referred to as the ‘Queen of the Suburbs’. 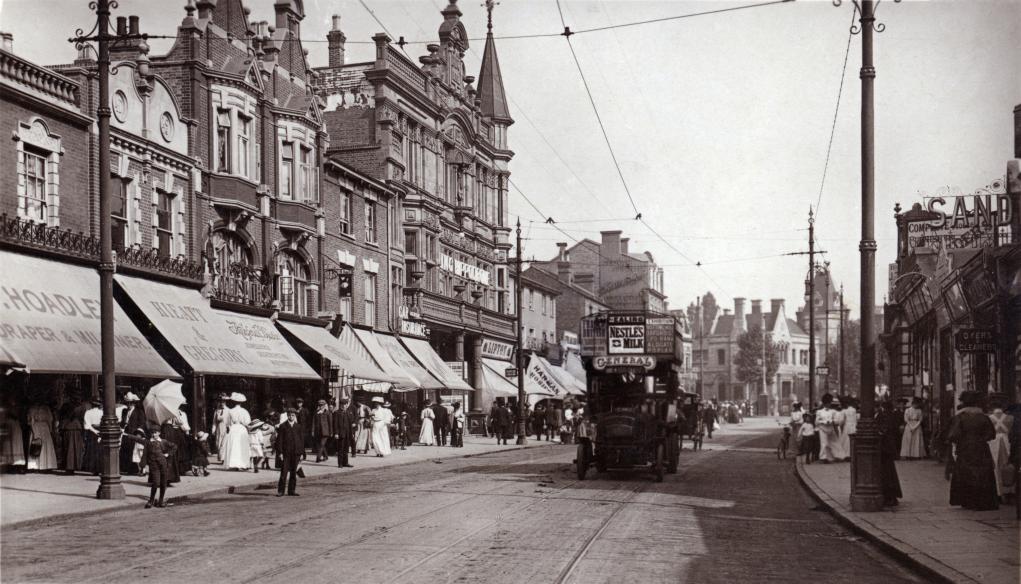 [Ealing Broadway from the Image Archive on TheGenealogist]

The records can be quite revealing for family historians as they give details of houses and other buildings owned in the area by our ancestors at a time when the Government surveyed Ealing in the period between 1910-1915.

To make it easier to understand how areas may have changed over the years TheGenealogist has also plotted each property onto large scale contemporary Ordnance Survey Maps which are available on its versatile Map Explorer™. This allows users to switch between modern and historical maps so that a researcher is able to see any changes that have taken place in the surrounding neighbourhood with the passing of time.

These land tax records, when used in conjunction with other records on TheGenealogist such as census, street directories etc can build a better picture of the environment in which your ancestors worked, lived or played.

Family history researchers can use these records to

Read TheGenealogist’s article about the famous home of St Trinian’s and Lavender Hill Mob found in these Ealing records: