TheGenealogist has just added more than 327,300 individuals to their Irish Catholic Parish Record Collection, along with a suite of Thom’s Official Directories covering Great Britain and Ireland.

These new Catholic Parish Registers have links to the original images. They cover the County of Carlow in the southeast region of Ireland.

Before civil registration was introduced in two stages into Ireland, first in 1845 for non Roman Catholic marriages and then in 1864 for all births, marriages and deaths, the parish registers of the various denominations were the main records in which Irish ancestors' vital events would have been recorded. The Roman Catholic church was far the largest denomination in Ireland and so it is these records that the majority of Irish forebears will mostly appear within. 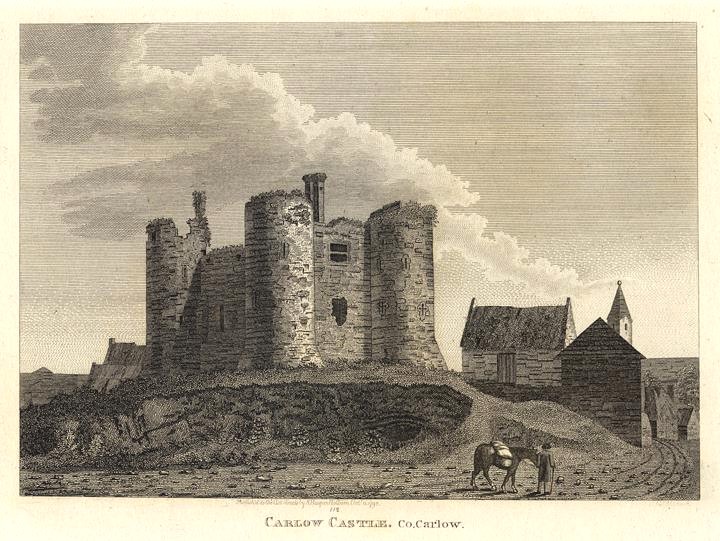 Also released at this time are Thom's Official Directories covering the United Kingdom of Great Britain and Ireland from Victorian times up to the 20th century. These records are great for discovering more about the towns and areas, finding the names of people who held official municipal or government offices, or were professionals such as doctors, clergy, etc.

You can use these books to find Irish businesses from manufacturers of Ales and Agricultural implements to makers of Woolens and Yarns. Thom’s directories allow you to find business advertisements as well as search for tradespeople from Auctioneers and Blacksmiths to Watchmakers and Wine & Spirit Dealers for all parts of Ireland.

The directories released in this package include:

This release of Irish records joins those of the Irish Wills, recently made available on TheGenealogist, and so expands the coverage of Irish records on this family history site renowned for its comprehensive search facilities.

Read their article, Alexander Thom – Publisher and The Queen’s Printer for Ireland: