The BBC announce the schedule for Who Do You Think You Are? 12th series

31st July, 2015 Celebrity Trees, Family History, Family Tree, Latest News, New TV Programmes, Who Do You Think You Are? Anita Rani , Anne Reid , Derek Jacobi , Frances De La Tour , Frank Gardner , Gareth Malone , Jane Seymour , Jerry Hall , Mark Gatiss , Paul Hollywood
The BBC has now announced the order in which the Who do You Think You Are? episodes will be broadcast for the 12th U.K. series. This popular genealogy TV programme kicks off with Great British Bake Off judge Paul Hollywood on 13th August, on BBC One. The series will be aired every Thursday evening at 9pm, with a one week break in between Mark Gatiss and Frances de la Tour’s episodes on 15th October. Although the schedule may still be subject to change, Frances de la Tour’s story will close the series on 22nd of October.
Leave a comment

New TV series: 24 Hours in the Past

29th April, 2015 Latest News, New TV Programmes 24 Hours In The Past , BBC , Victorian Britain , Working Poor
There is a new series on Tuesday night on BBC TV  and on the iPlayer that gives all of us a great insight into a bit of social history. These types of programmes can give us family historians a better understanding of our ancestor's times and so make more sense of their lives. 24 Hours in the Past is a living reality documentary in which six celebrities travel back in time to the 19th century, spending four full days experiencing the relentless graft of the working poor in Victorian Britain. Impressionist Alistair McGowan, former minister Ann Widdecombe, actress Zoe Lucker, world champion hurdler Colin Jackson, actor Tyger Drew-Honey and presenter Miquita Oliver are the volunteers, whose first 24 hours lands them in the dustyard, where they have to sift through mountains of dirt, rotting veg and old bones. Presented by Fi Glover, with historian Ruth Goodman.
Leave a comment

16th March, 2015 Colonial Records, Criminal Records, New TV Programmes, TheGenealogist, Transportation Records Banished , BBC TV , Convicts To Australia
I was intrigued to read on TheGenelaogist's website, that their researchers have discovered the real story of James Freeman, as played by Russell Tovey in the BBC TV series Banished. As they say in their article "Freeman's real story is fascinating, if a bit gruesome." I won't  spoil it for you, as you can read it all by heading over to their featured articles on their website here: http://www.thegenealogist.co.uk/featuredarticles/2015/hang-or-be-hanged-the-finisher-of-the-law-237/ What I can tell you is that the Transportation records to be found on TheGenealogist website is a fabulous resource for discovering convict ancestors that this country wanted to send away "to parts beyond the seas". 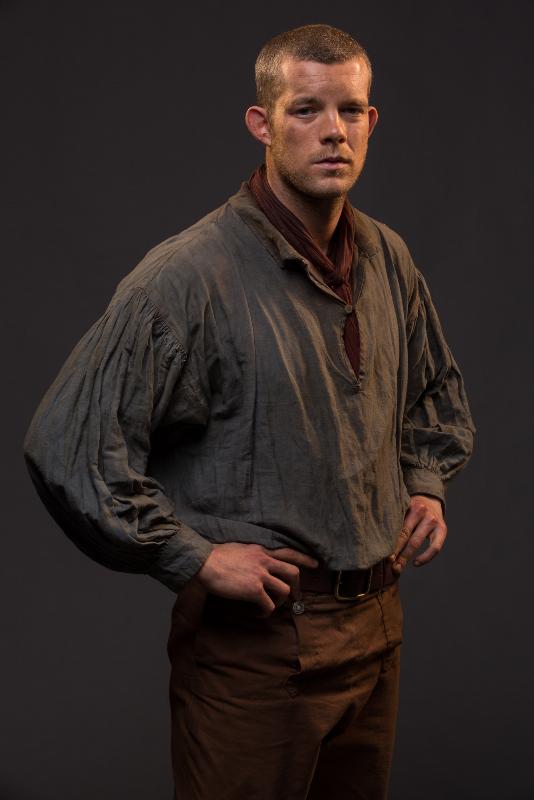 06th March, 2015 Death Records, New TV Programmes BBC , Codicil , Image Of Wills , Lord Horatio Nelson , Naval Hero , Nelson's Last Will , TheGenealogist , Will And Testament , Wills
The BBC 2 TV programme: Nelson in His Own Words is on our screens today, or can be seen on the iPlayer for 30 days. Horatio Nelson was Britain's greatest naval hero and this programme shows us how he  was also a prolific letter writer. The correspondence reveals that Nelson was a very different and more complex man than the hero that Britain created after his death. Using Nelson's letters this drama documentary exposes Nelson's skilful and manipulative use of PR to advance his career, and shows how he was careful in his praise of his rivals - in case they threatened his own prospects. And the letters reveal how his passionate love affair with Lady Emma Hamilton changed his life forever.  The programme stars the highly regarded RSC actor Jonathan Slinger as Nelson. In a twist, TheGenealogist have a fascinating article on their website that reveals more of Nelsons words but this time as featured in his last will and testament that can be found using their resources. Of particular interest is the codicil that Nelson wrote just before the Battle of Trafalgar "in sight of the combined fleets of France and Spain" that asked the King and Government to provide for his mistress, Lady Emma Hamilton. With the great victory that Nelson delivered, but losing his life in the process, the authorities heaped money and titles on his family while ignoring his very last wishes in the codicil he had written on the day of his death! 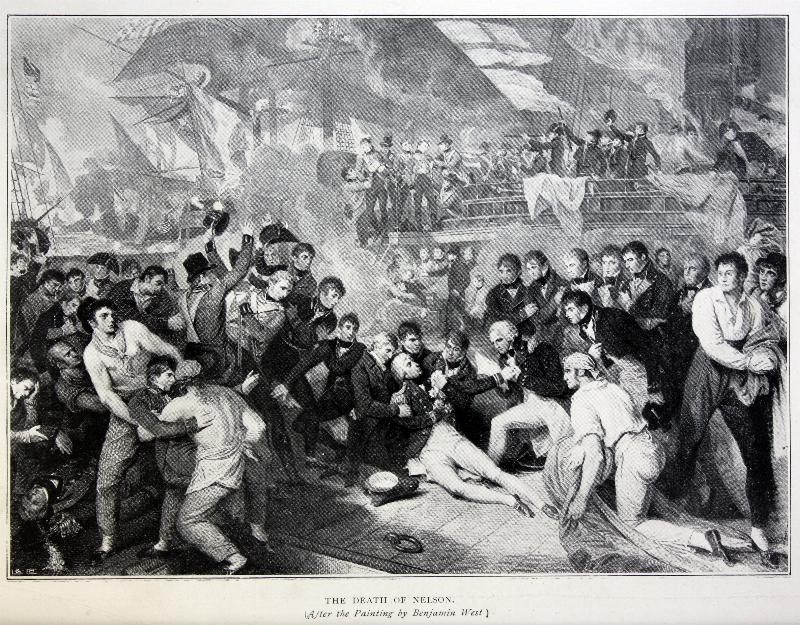 Another great episode of Who Do You Think You Are? last night

22nd August, 2014 Celebrity Trees, New TV Programmes, Who Do You Think You Are? BBC Who Do You Think You Are? , Celebrity Family History , Celebrity Family Trees , Tamzin Outhwaite , Tamzin Outhwaite Family History
The excellent series of Who Do You Think You Are? continued last night looking into the family history of actress Tamzin Outhwaite. Concentrating on her Italian ancestry, the programme showed a fascinating tale of Adelmo Santi and his journey from Braga in Italy to join the Italian community who had settled in Glasgow in 1913. After being called back to Italy for war service in the First World War, Adelmo returns to Scotland in the 1920s with his wife and small son. He then strives to set up and develop an ice cream business, moving to Fishburn in County Durham and despite hardships and becoming interned with his son on the Isle of Man in the Second World War as an 'enemy alien',  Adelmo makes a success of his business and becomes 'the richest man in Fishburn' according to local folklore. Tamzin made a widely travelled and emotional journey looking into her maternal ancestry and it made for a good and interesting programme.  What do you think? Did you enjoy the programme?
One comment so far

Tamzin Outhwaite features in the next episode of Who Do You Think You Are?

20th August, 2014 Celebrity Trees, New TV Programmes, Who Do You Think You Are? BBC Who Do You Think You Are? , Celebrity Family History , Celebrity Family Trees , Tamzin Outhwaite , Tamzin Outhwaite Family History
After a great episode last week featuring Brian Blessed, this Thursday 's 'Who Do You Think You Are? programme features former Eastenders actress and now star of BBC drama 'New Trick's - Tamzin Outhwaite and her family history story. Tamzin's mother,  Anna,   had Italian ancestry from the Santi and Gonnella families and the programme looks in-depth at their experiences moving from Italy to Britain and their hardwork and perseverence in building a life and a successful ice-cream business which gave them wealth. They endured poverty and then internment on the Isle of Man as 'enemy aliens' in the Second World War but overcame these difficulties to build a life for their families in the UK. The programme airs on Thursday 20th August at 9pm on BBC1. If you'd like to find out more, TheGenealogist has looked into Tamzin Outhwaite's family history. The series has been excellent so far. Let us know your thoughts!
Leave a comment

Who Do You Think You Are? continues tonight with Brian Blessed

14th August, 2014 Celebrity Trees, New TV Programmes, Who Do You Think You Are? BBC Who Do You Think You Are? , Brian Blessed , Brian Blessed Family History , Celebrity Trees
The second episode of the new series of Who Do You Think You Are? continues tonight with actor and director, Brian Blessed. Brian was born in Mexborough, Yorkshire, the son of a socialist miner. However, the programme traces his roots back to Jabez Blessed in the early 1800s. Born in London and orphaned at an early age, then separated from his siblings, Jabez earns money begging and performing acrobatic tricks around Covent Garden. He appears to have a confident and determined personality as he works his way up to become a fairly successful glass and china salesman. There's more details and a preview of the programme on TheGenealogist website. It promises to be another interesting episode, looking at the ups and downs of a Victorian family. The programme is on tonight on BBC1 at 9pm. Will you be watching?
Leave a comment

New series of Who Do You Think You Are? now underway..

08th August, 2014 Celebrity Trees, New TV Programmes, Who Do You Think You Are? BBC TV Family History , BBC Who Do You Think You Are? , Celebrity Family Trees , Julie Walters Family History
What did you think of the first episode of the new series of 'Who Do You Think You Are?' featuring Julie Walters last night? With the series celebrating its tenth anniversary, the first episode got off to a strong start with a look at the Irish ancestors of Julie Walters and their struggles to get fairer rents and conditions for Irish tenant farmers, as part of the Irish National Land League, in what was known at the time as the 'Land War'.  If you'd like to read a bit more, TheGenealogist.co.uk has put together a special feature looking further at Julie's ancestry. To view the special feature, visit TheGenealogist website. Hopefully the rest of the series will be just as good!
Leave a comment

Who Do You Think You Are? celebrates ten years with a special look back

Date of first Who Do You Think You Are? Show announced

28th July, 2014 Celebrity Trees, Latest News, New TV Programmes, Who Do You Think You Are? BBC Family History Programmes , BBC TV Family History , BBC Who Do You Think You Are? , Julie Walters Family History
The first programme date and time has been announced for the new series of Who Do You Think You Are? The first show features Julie Walters and will be screened on Thursday 7 August from 9pm to 10pm. Julie's roots take her back to County Mayo, Western Ireland ,where her great grandfather Anthony Clarke was one of the very first members of the Land League-  a revolutionary organisation formed in 1879, which campaigned for more than 40 years for impoverished tenant farmers to have the rights to own their own land.
Leave a comment
Found 46 Results.
Back to top