30th November, 2015 Colonial Records, Family History, Latest News, New Records, Passenger Lists, TheGenealogist Emigration Records , Immigration Records , Naturalisation Records , New South Wales Passenger Lists , Passenger List Records , TheGenealogist’s British &amp; International Immigration And Emigration Records
TheGenealogist have just released over 190,000 records of passengers who departed Britain on early Migrant ships to New South Wales 1828 - 1896 These new records expand TheGenealogist’s Immigration, Emigration and Naturalisation and passenger list records. The transcripts of the latest release uniquely give a family link so you can see spouses and children setting out on their new life. They also reveal details such as which ship they had sailed on, where they were landing, the passenger’s occupation and in the case where the migrant has been assisted to travel out to a job, their employer’s name. Some records are more detailed than others and can divulge how much the emigrant was to be paid, whether rations were included in their employment. In some cases the immigrants Native Place, or where they had come from is also disclosed. A number of these settlers may have bought their own passages, while others travelled with assistance from one of the public or private programmes that existed at the time. With the discovery of gold in 1851 mass migration to New South Wales of a wider cross section of people took place. The NSW passenger lists will allow researchers to These records can be found within the Immigration, Emigration and Travel collection on TheGenealogist and add significantly to the resources already available for researchers to use when looking for ancestors who left Britain. TheGenealogist’s extensive British & International Immigration and Emigration records, already include Naturalisation and Denization records, convict registers and early New Zealand settlers. Search the records now at: http://www.thegenealogist.co.uk/search/advanced/overseas/passenger-lists/   An example from the records follows below… By selecting Immigration, Emigration and Travel on TheGenealogist’s main search page and then choosing Passenger Lists from the dropdown menu, we are able to look for William Fortune and his young wife who set out for a new life in New South Wales departing from London on the 13th February 1841 on board the ship the Jane Gifford. The detailed records confirm the departure date, the ship’s name and much much more. For example we are able to discover that William was from Newbridge, that he was a labourer aged 28 and a Roman Catholic. We can see that he was heading for Sydney, Australia and that William had been engaged by one Captain Flint at a wage of £19 a year. 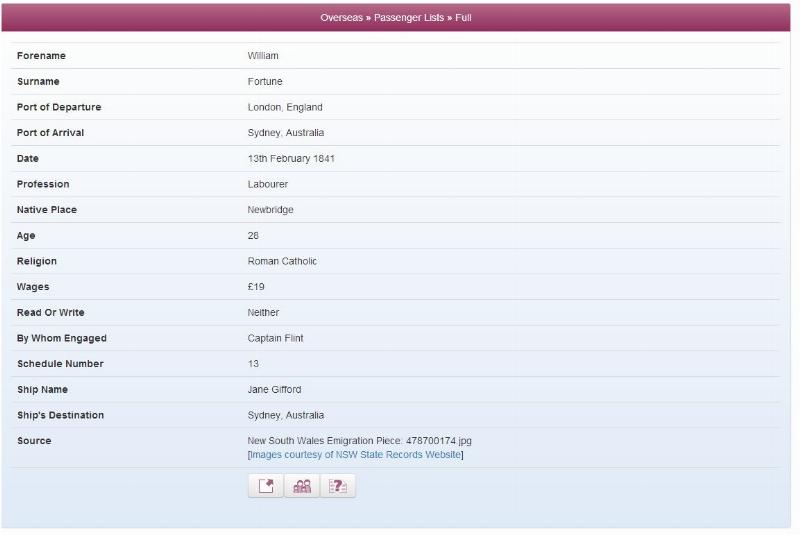 Presumably William’s prospective employer, Captain Flint, was not the template for Robert Louis Stevenson’s Piratical character of the same name, who would appear in print forty years later. As the shipping records also reveals to us that William Fortune could neither read nor write, this fictional person with the same name as his boss may well have passed him by in the years to come. An extremely powerful feature, of searching the passenger lists on TheGenealogist’s website, is the ability to look for a family travelling together. One click on the family group icon, next to William’s results, returns potential family members. We can see that his 19 year old wife, Susan, was also travelling with him. Her occupation is noted as a House Maid and she too was a Roman Catholic from Newbridge. Another charming nugget of family history information revealed, by the Potential Family Members search, is that on the voyage William and Susan were delivered of a baby girl. Their child, Jane Fortune, was born at sea with her native place being prosaically listed simply as “Sea” on the passenger list. Jane is recorded as being aged 2 months and has then been pedantically noted in the records as being “under age”. 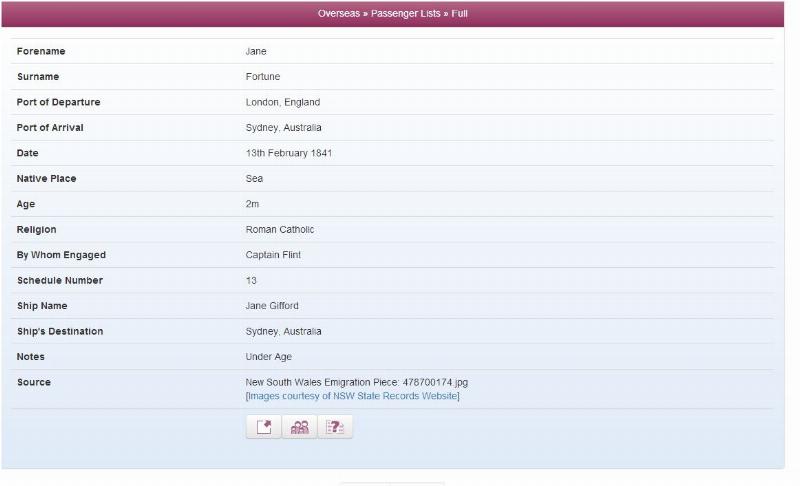 The passenger lists available on TheGenealogist can reveal a significant amount of information about ancestors that have emigrated to New South Wales in the 19th century. As we can see, from the example above, the unique ability to search for relatives travelling together is a compelling reason to use TheGenealogist to research for immigrants down under.
Leave a comment 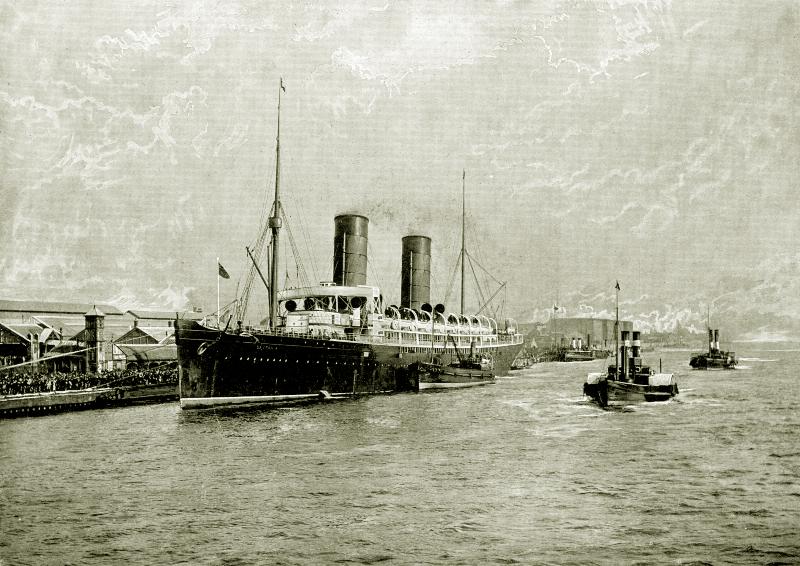 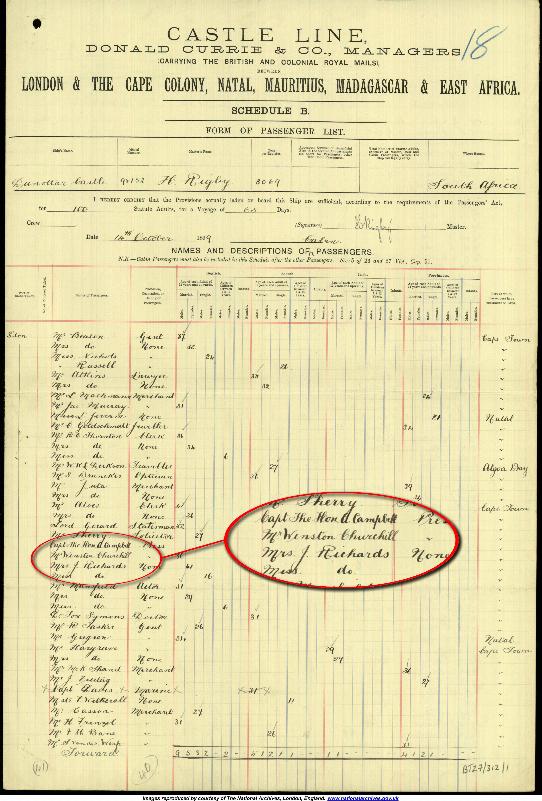