TheGenealogist has released the records of 29,000 individuals who were decorated with the Meritorious Service Medal (MSM). The roll of names for those who were awarded this British honour in the First World War have been released by TheGenealogist. Researchers can now look for holders of this medal up to 1920 from within their ever growing military records collection.

The medal was first awarded in 1845 to non-commissioned officers in the British Army who had a record of long service in the forces. Given originally for long service of at least 20 years to servicemen who were of irreproachable character and already held the Long Service and Good Conduct Medal of their service, the First World War saw it awarded to those who performed acts of non-combatant gallantry in the performance of their military duty. In the second case the bravery was not necessarily while the serviceman was on active service and may have been in the saving or attempted saving of the life of an officer or an enlisted soldier.

Family history researchers searching for ancestors who had been awarded the Meritorious Service Medal in the First World War will be able to find their forebears in this new addition to the military collection of records on TheGenealogist.

07th October, 2015 Events, Latest News George Cross , Imperial War Museum , Military Medals , Violette Reine Szabo
Many of our family members who saw service in the wars were awarded medals. In some cases the decorations were given posthumously.   The Imperial War Museum has announced that the George Cross which was posthumously awarded to Second World War secret agent Violette Szabó has been put on permanent display today for the first time in Imperial War Museum London’s The Lord Ashcroft Gallery: Extraordinary Heroes. The exhibition, supported by Lord Ashcroft, houses the largest collection of Victoria Cross and George Cross medals in the world. Violette Szabó’s medal collection was recently acquired at auction by Lord Ashcroft for a record price of £260,000. 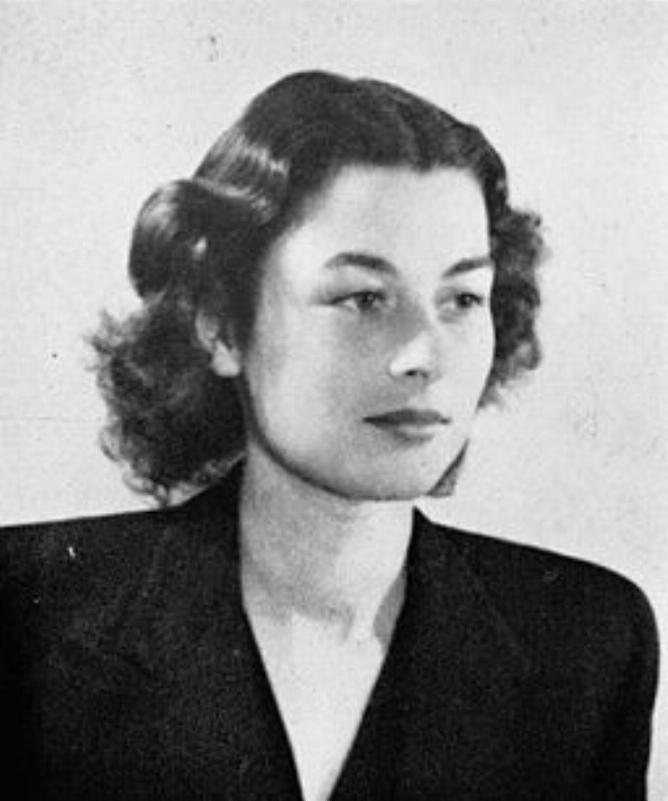 Violette was a truly remarkable woman and the story of her short and formidable life is one of love, courage and bravery, and ultimately tragedy.

Daughter of a British soldier who fought during the First World War and his French wife, Violette was 18 years old when the Second World War broke out, living locally to IWM in Stockwell with her parents and working as a shopkeeper. Whilst working in the Women’s Land Army Violette met Etienne Szabó, a Free French officer in the Foreign Legion and after a short whirlwind romance they were married in August 1940. However, just four months after the birth of their beloved daughter Tania in June 1942, Etienne was killed in action during the Battle of El Alamein. Shortly after Etienne’s death Violette was recruited to the Special Operations Executive joining the French ‘F’ section, whose agents were sent undercover to occupied France to work against German Forces. On the night of 7 June1944, the day after British troops landed in northern France on D-Day, Violette parachuted into France on her second mission to set up a network with local resistance groups. Three days later whilst on a courier trip with a resistance leader they encountered German troops. Their car was stopped at a road block. Violette and two French agents engaged the German soldiers in a lengthy fire-fight, until Violette was eventually captured. She was brutally interrogated in prison before being deported to Germany. Violette was later executed at Ravensbrück concentration camp in 1945. This year marks 75 years since the George Cross was established as Britain’s most prestigious decoration for bravery for civilians and service personnel not under direct fire. Only 4 George Crosses have been directly awarded to women, three of which were awarded to members of SOE. Violette’s medals will go on display next to those of Odette Samson, another ‘F’ Section agent who also endured torture and imprisonment but survived the war. Displayed alongside the George Cross will be Violette’s GQ Parachute Company badge and her wartime pistol. Tania Szabó, Violette’s daughter who was just two years old at the time of her death says; “Violette, my mother, would be chuffed and deeply honoured, as am I, that through the generosity of Lord Ashcroft the medals awarded to her are going on display at the Imperial War Museum in London. Her life, although tragically but heroically cut short was lived with great bravery and courage, and intense joie de vivre. Her legacy will live on and it is my hope that anyone who visits the Imperial War Museum may be inspired by her story.” Lord Ashcroft KCMG PC said: "I feel privileged and humbled to be the custodian of this iconic medal group. More than 70 years after her tragic death Violette Szabó GC remains a hugely inspirational figure and quite rightly so because of her relentless bravery both before and after her capture. I am delighted to have enabled her medal group to remain in Britain and I am thrilled that it will now go on public display at Imperial War Museum London." Diane Lees, Director−General of IWM says “The story of Violette Szabó GC is one of the most remarkable to emerge from the Second World War. As a strong, determined woman who fought the enemy face to face, resisted torture and brutality, and maintained a determined defiance throughout her capture, her character and experiences resonate strongly with the modern generation of women who live in Britain today. We are delighted that the George Cross which was awarded to her in recognition of her extraordinary courage is now going to be placed at the heart of IWM’s displays in the Lord Ashcroft Gallery: Extraordinary Heroes.” For more information about Violette Szabo see the Imperial War Museum's web article http://www.iwm.org.uk/history/who-was-violette-szabo
Leave a comment
23rd April, 2015 Events, Family History Fairs, Family History Videos, Family Tree, Latest News, TheGenealogist, Who Do You Think You Are? Live Military Medals , Parish Records , Tithe Maps
This video has just gone up online after the fantastic Who Do You Think You Are? Live show last week at the NEC. It gives a great flavour of the event from vendors of genealogy supplies, the talks that took place, new records from data sites and includes Mark Bayley, from TheGenealogist, talking about the new releases that his research site had launched for the event. For more see www.TheGenealogist.co.uk/News [embed]https://youtu.be/c6dxZ0YbA68[/embed]
Leave a comment

25th January, 2015 Latest News, New Records, S&N Genealogy Supplies, TheGenealogist Detailed County Maps , Detailed Street Maps , Emigration Records , Grave Memorials , Jewish Records , Military Medals , Parish Records , Passenger Lists , Railway Workers Records , Tithe Maps , Volunteer Headstone Project , War Memorials
Just had a look at the S&N newsletter that has popped into my email box. They start with a look at what will be coming online from them throughout 2015: Parish Records, detailed County and Tithe Maps, millions of new Medals Records, more Grave Memorials from the Volunteer Headstone Project, records of Railway Workers from Pensions to Staff Movements, Jewish records, detailed Street Maps, Passenger Lists, Emigration Records and more War Memorials are all going online at TheGenealogist this year. And then we hear that this month they've released more War Memorials, Parish Records and have now added the 1911 census for all Starter and Gold Subscribers! You can make the most of this with £30 cash back on an Annual Gold Subscription, making it just £48.95 for the first year! There's no better way, they suggest, to start the new year than with some special offers - you can claim £50 cashback on a Diamond Subscription to TheGenealogist, and save £££s in their New Year Sale over at S&N Genealogy Supplies. They also take a look at 2014 in review. Finally, there is an interesting article this month about Ancestors that fell foul of the law. As they write, these are always fascinating subjects for family history research. Their article is a Victorian murder story of a notorious Madam who escaped the hangman's noose.

13th August, 2014 Latest News, Military Records, New Records, TheGenealogist, World War One Records First World War Records , Military History , Military Medals , TheGenealogist Military Medals
Over 117,000 ‘Military Medals’ were awarded in the First World War for ‘acts of gallantry and devotion to duty under fire’. These records are now available to view online complete with an image of the actual Medal Card and a link to the official government publication of the time. It’s a unique, comprehensive set of records available only onTheGenealogist.co.uk. The Military Medal was the equivalent to the Military Cross (MC) which was awarded to commissioned officers. The Military Medal ranked below the Distinguished Conduct Medal (DCM), which was also awarded to non-commissioned members of the Army but was still a very prestigious award to be honoured with.

The Military Medal was awarded to ‘Non Commissioned Officers and Other  Ranks’ for showing exceptional courage in battle. It was also awarded for those that risked their lives trying to save others, often in extreme danger. The Medal Records on TheGenealogist show people from a wide range of backgrounds and social classes, including a number of young women from very privileged families who chose to drive ambulances and rescue the wounded in the mud of battle.

The role of ‘stretcher bearer’ was one of the most dangerous jobs of the time and the records show many women bridged social constraints of the time to risk life and limb to help rescue and bring in soldiers wounded in battle.

If you'd like to find out more, TheGenealogist has full details of the new medal record release including some fascinating case studies on the brave recipients of the Military Medal.

Find out more at TheGenealogist Military Medal Collection.
Leave a comment
Found 5 Results.
Back to top